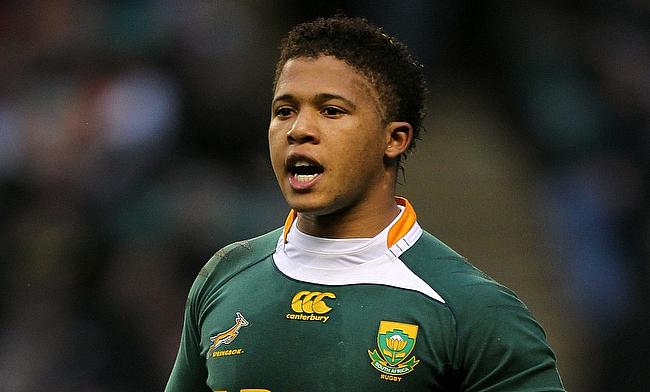 South Africa have recalled Lions fly-half Elton Jantjies for the third round of the Rugby Championship clash against Australia to be played in Brisbane next weekend.

Steven Kitshoff and hooker Bongi Mbonambi will form the front-row next to Frans Malherbe while Tendai Mtawarira and Malcolm Marx move to the bench.

“We are looking for a good response on Saturday against the Wallabies and I am sure that this side will be up to the task,” said South Africa head coach Rassie Erasmus.

The South Africa boss also insisted that both the teams will be desperate for a win this weekend considering the result in the previous round.

“Australia, playing at home, will no doubt be highly motivated to bounce back, so we have to be ready for a huge contest,” said Erasmus.

“We have worked hard to rectify our errors of last week and we know the set piece and breakdown battles are going to especially be important.

"The Wallabies are known for their abilities at the breakdown and we will have to be accurate and disciplined in those areas.”