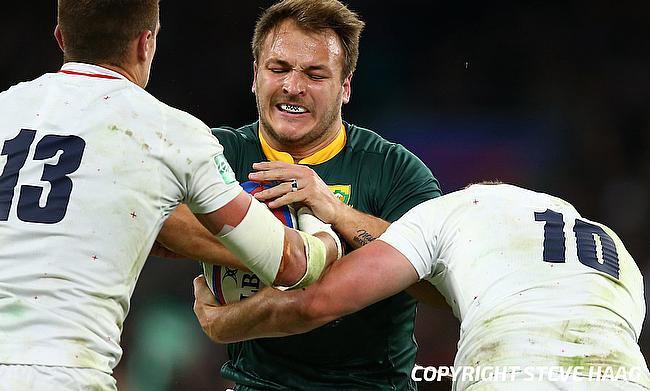 South Africa head coach Jacques Nienaber has unveiled a 43-man squad for the upcoming international season that includes a home series against Wales and the Rugby Championship tournament.

Members from the 2019 winning World Cup squad including Eben Etzebeth, Pieter-Steph du Toit, Faf de Klerk and Cheslin Kolbe are also part of the squad but Duane Vermeulen and Frans Steyn miss out due to injuries.

Even though not part of the squad, Johan Goosen will be part of the camp to continue his rehabilitation.

“Building squad depth is one of the key areas for us, and it is great to see the number of young players who have put up their hands this season, and we are delighted to invite them to the national squad environment,” said Nienaber.

“It is also good to welcome back some of the experienced players who have been part of our structures for a few years now, and I’m confident they will slot back into set-up with ease.

“We obviously have to wait a little longer for some players to be released from their club commitments, but we are pleased to be able to announce the squad with exactly three weeks to go before our opening Test against Wales.”

Nienaber added: “We now have a bigger training squad, which will allow us to do a lot more at our training sessions, but most importantly it will give us more time to work with these players as we prepare for a challenging international season.”

South Africa will kick-start their international campaign with a three-game Test series against Wales to be played on 2nd, 9th and 16th July followed by the Rugby Championship which will begin in back to back home Tests against New Zealand.