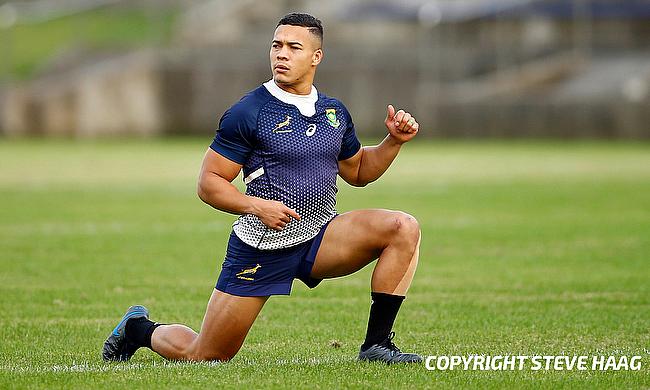 South Africa will be sweating on the fitness of their in-form winger Cheslin Kolbe ahead of their World Cup semi-final clash against Wales to be played in Yokohama on Sunday.

Kolbe has already impressed since his debut last year and has scored seven tries from 13 Tests.

The 25-year-old sustained an ankle during the group stage game against Italy where he scored two tries and it has worsened in the quarter-final against Japan which the Springboks went on to win 3-26.

"We’ve been managing him and giving him the best possible chance to recover,’ Stick said.

“Yesterday, he missed our full training session. We are trying to manage him and give him the best opportunity to recover. Hopefully he will be ready for the game.

“But at the moment, everybody is still there for selection for Sunday.”

"If you want to watch a game of rugby, you want to go and watch Cheslin Kolbe," said Edwards.

"We'll have to keep an eye on him because he's one of the most dynamic players I've ever seen.

"I was lucky enough to play with Jason Robinson for many years. I was his captain at Wigan when he first came in the team there.

"Kolbe is a similar player to Jason - incredibly explosive, short and defies the fact that you have to be big to play the game of rugby."