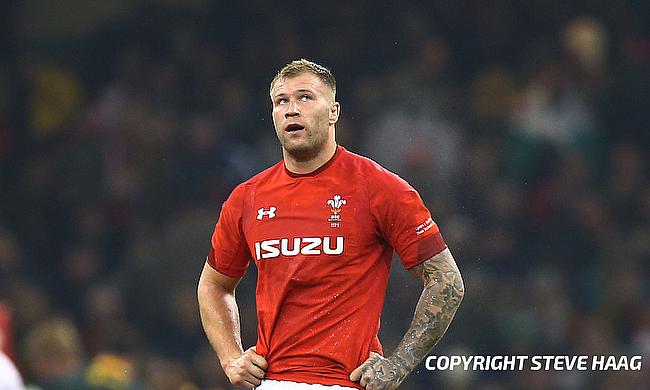 Wales back-row Ross Moriarty is excited about the challenge of facing South Africa in the World Cup semi-final in Yokohama on Sunday.

Wales had a fabulous year having won the Grand Slam in the Six Nations and are also unbeaten in the ongoing World Cup with wins over Georgia, Australia, Fiji and Uruguay in the group stage and also managed to edge out France 20-19 in the quarter-final.

However, they will now face a resurgent Springboks side, who clinched the Rugby Championship title this year and are into the top four after a 26-3 win over an in-form Japan in the quarter-final.

“Yes, this is a game I am looking forward to,” said Moriarty.

“I know their forwards thrive on being physical and that’s what I thrive on as well. Some players go hiding when it gets tough, but I think I get better in those situations.

“It’s going to be a very big challenge. We’ve had some good results against South Africa in the autumn internationals in the last few years.

“We know what South Africa are capable of and we know what we’re going to have to do in training and in our analysis work to produce on the field on Sunday.

“I’ve seen the Springboks and they had a good win against Japan."

Wales have never been into a World Cup final since the tournament inception and this will be their semi-final ever in the history of the competition after 1987 and 2011 editions. The 25-year-old is wary of the challenge ahead from Rassie Erasmus' men, who would be desperate to keep their hope of winning their third title alive.

“We’re concentrating on ourselves until the end of the week. We all know the All Blacks are very physical, but South Africa are renowned for being a physical team too.

“They’ve got some very good backs so we know what we’re going to have to do to keep them at bay. That’s what we’ll be looking at.

“To be involved in a game like this is why I started playing.”