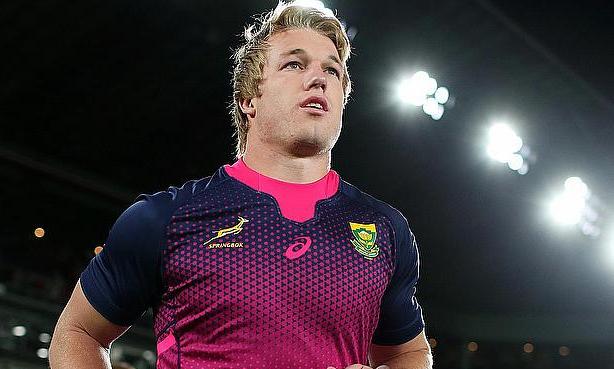 South Africa head coach Jacques Nienaber has made 14 changes to the starting line up for the second Test against Wales to be played on Saturday in Bloemfontein.

Eben Etzebeth becomes the only player to retain his place in the starting line up and is joined by Marvin Orie at second row. Bulls captain Marcell Coetzee is part of the back row that also has Pieter-Steph du Toit returning from a shoulder surgery while Evan Roos makes his debut.

“We said from the outset that we needed to strike a balance between giving our talented young players an opportunity to show what they can do at international level, and winning,” said Nienaber.

“If one looks at the balance between players who have played at this level and those who have performed consistently well for their franchises and clubs, I think we have a nice balance in this squad.

“A number of these players have been with us for a few seasons, while others travelled with us last season to Australia for the Castle Lager Rugby Championship and the year-end tour, and then there are a few new faces who showed during the season that they have the potential to rise to this level of the game, so we are excited to see what they can do on Saturday.

“Wales showed last week that they are fighters and can go for the full 80 minutes and we are expecting nothing different from them this week.

"This will certainly be a good test for the younger players in the group to measure themselves against some of the best players in Wales, some of whom played for the British & Irish Lions, so everyone knows they will be in for a proper Test on Saturday.”