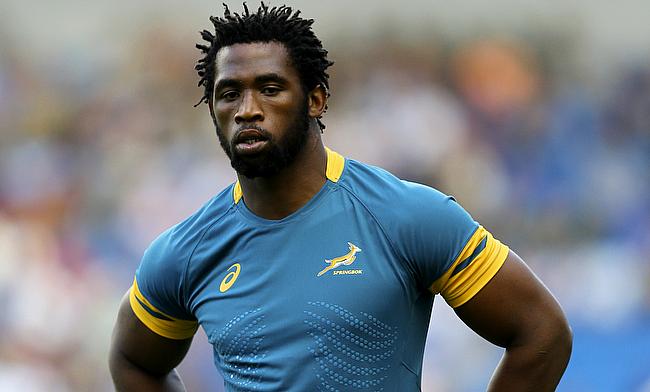 Lee Mears Column: The situation in South Africa may actually galvanise the Lions and the Springboks
Tom Curry: It's a huge occasion for South Africa so massive, massive understanding for them
South Africa squad placed in isolation after another positive Covid case

South Africa have suffered another setback ahead of the series against the British and Irish Lions with skipper Siya Kolisi among the latest players to test positive for Covid-19.

The news also meant the number of positive cases in the South African camp has increased to 20.

Meanwhile, a statement released by South Africa Rugby confirmed that all the players, who had returned negative following the Saturday's tests will be returning to training on Sunday.

Director of Rugby Rassie Erasmus will take in charge of the club in the absence of head coach Jacques Nienaber, who is currently on a self-isolation after testing positive for the virus on Monday.

"We are delighted to be able to return to the field and resume our preparations for the series," said Nienaber.

"It has been a challenging week with the Test against Georgia cancelled and the entire squad self-isolating for a few days as a preventative measure, so the players cannot wait to get back on the park.

"It is also great to have Rassie steering the ship while I am away," said Nienaber.

"He has been part of the system for several years now and he guided most of these players to the Rugby World Cup title in 2019, so the team is in great hands."

Meanwhile, Sharks hooker Fez Mbatha and Bulls prop Lizo Gqoboka have been included in the squad as a cover with the Covid outbreak already forcing their second Test against Georgia to be cancelled.

The first Test between South Africa and the British and Irish Lions has been scheduled on 24th July at Cape Town Stadium.