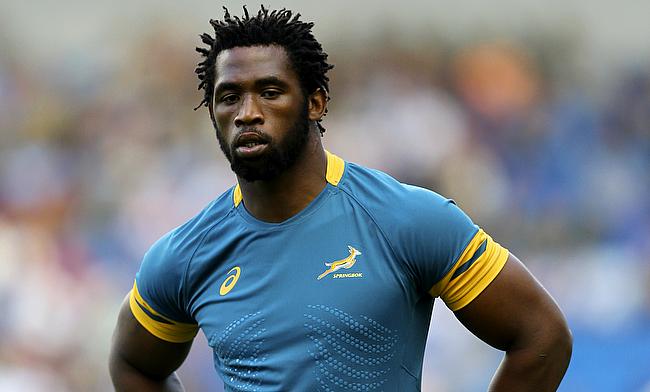 Western Province have confirmed that South Africa captain Siya Kolisi will make his exit from the provincial side ending a 11-year association.

Kolisi made his debut for Western Province in 2011 and made 13 appearances scoring four tries in his maiden season. The 29-year-old went on to make his Super Rugby debut for Stormers in 2012 and will now finish his career with the club as the second most-capped player in the history with 118 games behind Schalk Burger, who had played 123 times for the club.

“I would like to thank everyone at Western Province Rugby for what has been an incredible time in my life in which I have grown as a rugby player and a person," he told the official website of the club.

“All of the coaches, management and teammates who had such a big influence on me over the last 11 years and especially the DHL Stormers Faithful and people of Cape Town and beyond who made my time with the union so special.

"It has been a privilege to experience their support.”

Kolisi first took over the reins of the club in 2017 and after leading them for two successive seasons, he was appointed the captain of South Africa where he went on to win the World Cup in 2019 edition in Japan when the Springboks defeated England in the final.

“Siya Kolisi will always be a DHL Stormers legend, his story is well-known throughout the world and everyone here is grateful to have played a role in that,” he said.

“We would have loved for him to stay and finish his career where it started, but we wish him all the best.

“We have always done our best to retain the world-class talent we have at the union before looking elsewhere and we are looking forward to announcing some significant contract extensions with some of our experienced players in the near future.”