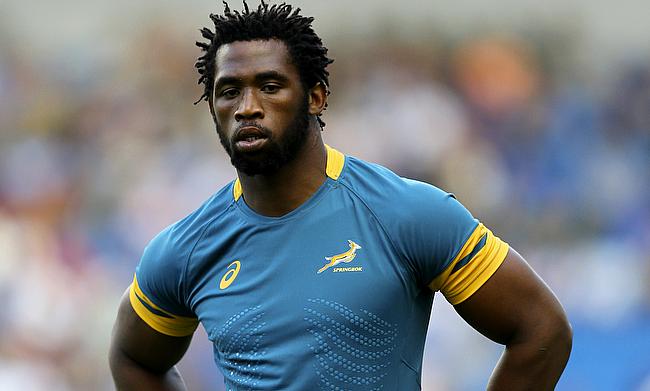 Erasmus released a 62-minute video launching criticism on Berry and also listed out the decisions that went against the Springboks in the first Test which they went on to lose 17-22. The South African boss also said Berry treated both Kolisi and Alun Wyn Jones differently and also slammed Warren Gatland's decision to oppose the appointment of Marius Jonker as TMO.

Following the criticism from Erasmus, Kolisi, who captained the Springboks to a World Cup triumph in 2019 admitted that he was 'disrespected' by the referee during the opening game.

"I felt totally disrespected. I did not feel I was given a fair opportunity to express my views," he said.

"Have you watched the (Erasmus) video?" he asked reporters. "Watch the video and then we can speak about it. I did not feel I had the same access to the referee (as Jones). Watch the game and you will see for yourself."

Ben O'Keeffe will be officiating for the second game on Saturday which will also have Berry as one of the assistant and Kolisi is confident that the New Zealander will provide 'fair opportunity' to both the teams.

"I think Ben will give a fair opportunity for both captains and that is all we are asking," he added.

Meanwhile, Rugby Australia slammed South Africa's criticism on Berry and said they will take up the issue with World Rugby.

"It is important to ensure public attacks of this nature are not tolerated. We will continue to provide support to Nic, as both his physical and mental well-being remains a priority for us."