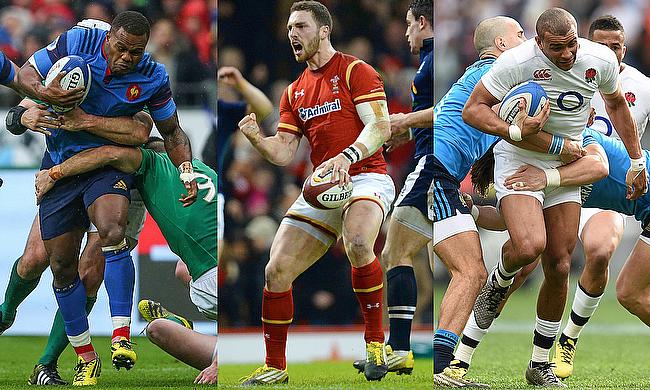 With two rounds of the 2016 RBS Six Nations in the books, there has been plenty to talk about over the last couple of weeks.

We take a look at eight things which we have learned about the teams over the course of the championship so far.

The English scrum has been taken off the respirator and is once again thriving. With hookers capable of scrummaging and actually hooking the ball, England look a formidable force at the set-piece. Mako Vunipola provided stability at loosehead against Italy, allowing Dan Cole to go to work on the tighthead, where he exerted all kinds of pressure on the Azzurri looseheads. Joe Marler also looked far more comfortable with the familiar presence of Dylan Hartley on his inside shoulder, whilst Paul Hill’s fast-track into the England set-up promises plenty of positives over the coming years.

For all the success at the scrum, the current 10-12 axis of George Ford and Owen Farrell has enjoyed a less emphatic couple of games. Farrell, the form fly-half in the Aviva Premiership, has impressed at 12 but Ford has been grasping for form at 10. The Bath man has a had a tough season thus far at club level and he seems to be forcing things in the white of England. An intercepted pass and a blind offload against Italy could’ve both led to Italian tries if it were not for strong scramble defence from England. Getting England used to playing with two playmakers in preparation for Henry Slade’s return is not the worst idea, even if there are teething troubles early on.

There is a lack of intensity in the French squad. Defensive line speed is slow for Les Bleus, handling errors are rife and they haven’t looked up for either game they’ve played so far in the championship. Whether this is a symptom of a new coach and players potentially over-thinking as they look to take on Guy Novès’ new ideas or something larger which permeates through French rugby is yet to be seen.

Questions also abound around France’s current half-back pairing. Sébastien Bezy and Jules Plisson have exhibited some questionable decision-making thus far and the introduction of Maxime Machenaud had a noticeable galvanising effect on the French side during their 10-9 victory over Ireland. Both Bezy and Plisson are still very inexperienced at test level and these could simply be growing pains for both players. Irrespective of that however, the fly-half options at Novès’ disposal must be a cause for concern for French supporters.

The ominous takeaway for the rest of the teams in the Six Nations? Despite all the questions and concerns surrounding France, they have still won both of their opening games.

If we’ve learnt one thing above all others about Ireland this year, it’s that their durability is a real concern. Already missing a host of star players, including Peter O’Mahony, Iain Henderson and Simon Zebo, Ireland suffered further injuries to Jonathan Sexton and Sean O’Brien against France. Some will put it down to bad luck, others will look to Joe Schmidt’s very direct style. With just the four provinces to call upon, Ireland don’t have the depth to survive extensive injuries and barring a dramatic turnaround in their fortunes, they already look out of contention this year.

It may not have been the green jersey he dreamt of donning as a child, but CJ Stander looks to the manor born in test rugby. His work rate in attack and defence, not to mention his physical rucking, have turned him into one of Ireland’s most important players after just two appearances for his adopted nation. Whether he ultimately moves to his favoured position at the base of the scrum or sticks it out at blindside, Stander is already beginning to cement himself as the standard by which all other Irish project players will be judged.

Don’t say it too loudly, but Italy may have found their long-awaited fly-half. Carlo Canna has impressed over the first two rounds of the championship, playing with as much grace and composure as any Italian 10 since the great Diego Domínguez. He looks more comfortable in the role than the majority of his predecessors but there is of course a big difference between looking impressive in defeat and being able to direct a team to victory. A home fixture with Scotland beckons for Italy and it remains their best opportunity for a win in this year’s championship. Expect plenty of eyes to be on Canna that day.

After a quiet campaign in the 2015 Six Nations, Michele Campagnaro looks every bit as dangerous as he did in 2014 when he announced himself to the rugby world. For two weeks on the trot, Campagnaro has been the most dangerous Italian player on the pitch, causing the French and English defences plenty of problems. His power has seen him break numerous tackles and with slightly better support play, he could have created three or four tries over the past two weeks.

False dawns seem ten a penny in Scottish rugby and whilst it may be unfair to label this side another one, they still haven’t learnt how to win close international rugby matches. They were the better side for vast swathes of their games with England and Wales but lacked the nous and composure to execute in key areas. Would both results have turned out differently with a fully-fit and in-form Mark Bennett? Perhaps, but Scotland cannot rely on one man to provide their cutting edge. Tommy Seymour and Duncan Taylor both impressed against Wales and the ingredients are there for Scotland to be a very good side, but they cannot currently seem to get past their own mental blocks.

For all the advances Scotland are making as an attacking unit, their defence has been porous. George North was rightly praised for his try against the Scots, but it was as attributable to schoolboy errors in defence as it was to the dangerous running of the Welsh wing. Taylor’s defence was a highlight for Scotland with his try-saving tackle on Tom James keeping his side in the game, but it was the exception, rather than the rule, for the visiting side in Cardiff on Saturday.

The grand pre-championship talk of a more ambitious and expansive Wales seem a long way off. The Welsh back line has, like it has for many years prior to this, looked at its most effective playing a narrower, power-based game, utilising the strength of Jamie Roberts and Jonathan Davies. It was a move from that expansive style to a more confined one which proved the pivotal turning point in their victory over Scotland. The combination of Roberts and Davies have a lot going for them but if Wales really want to develop a wider, sideline-to-sideline style, then they may need to look at alternative options in the midfield.

Warren Gatland’s men have found their new loosehead in Rob Evans, however. The Scarlet has injected much-needed impetuous into the Welsh scrum, where Gethin Jenkins had been preyed upon by quality tightheads for a number of years now. Evans had Nathan White’s number in Wales’ opener, before giving WP Nel a really stern examination of his abilities against Scotland. By locking down a reliable and aggressive loosehead, Wales have taken a significant stride towards erasing their scrummaging travails of the last couple of years.