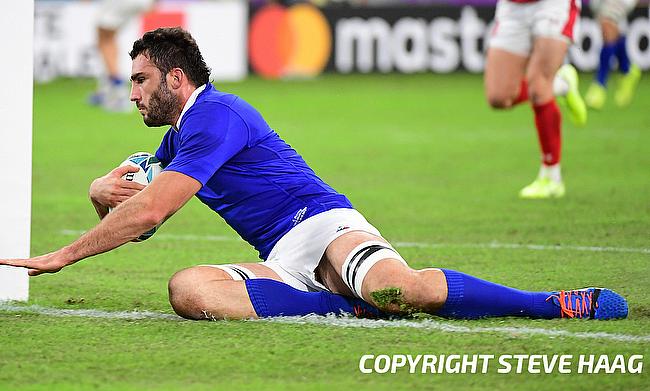 Charles Ollivon is among the five players, who were tested positive for Covid-19
©Steve Haag

A decision on the third round clash between Scotland and France will be taken by the Six Nations officials when they converge for a meeting on Wednesday.

Five players in France squad Cyril Baille, Peato Mauvaka, Romain Taofifenua, Charles Ollivon and Brice Dulin along with four staff members including head coach Fabien Galthié have tested positive for Covid-19 and are on a self isolation.

The French Rugby Federation confirmed that that the positive tested members will be isolated for minimum of 10 days according to the guidelines prescribed by the government.

France had already announced a 31-man squad replacing the positively tested players but a decision on the game is expected to be taken in the next few days when the organisers meet on Wednesday to review the situation.

"Should the decision be that the fixture cannot go ahead, the match will be rescheduled for the earliest possible date," organisers said in a statement.

"Ensuring the health and safety of all players and staff is our number one priority."

France team manager Raphael Ibanez expressed confidence that the team will be able to compete in the game against the Dark Blues.

"There is no concerns regarding our participation in the tournament," he said before announcement came from the Six Nations.

"We do not want either coaching staff or players to be worried, that is those who are available from Monday after the latest tests.

"We will begin our week of preparation and I can assure you we will be ready to face Scotland at the Stade de France.

"We had a back-up plan in case this happened and you can have confidence in Fabien (Galthié).

"If there are other positive cases we have taken exceptional measures with the agreement of the Covid cell who oversees the France squad.

"The tests will be tripled in number, and there will be testing every day."

Meanwhile, Ireland attack coach Matt Catt has confirmed that there have been no positive cases in the Ireland camp after they faced France in the second round of the competition.

"We all got tested three times last week," he said.

"We've had a test this morning. Again, we are Covid-free as we currently stand.

"We are very happy at how things have been going.

"The players have been exceptional in terms of sticking to their protocols and our protocols so that's all we currently can do and at the moment we are doing pretty well on that."