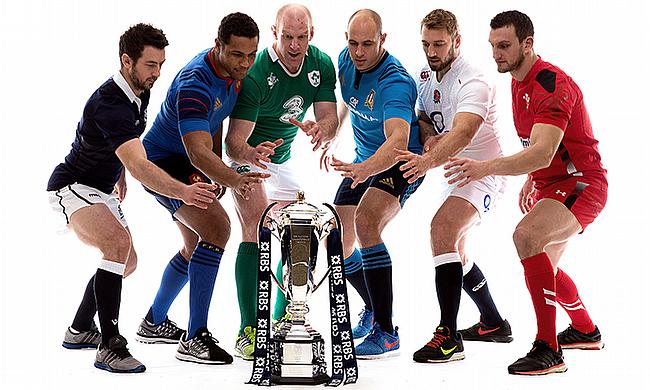 Do we need to look to other rugby nations?
©RBS

After valiantly losing out to Australia at the penultimate hurdle of the World Cup, many people were saddened to see the exit of Argentina from this year’s Rugby World Cup.

With New Zealand sealing their place in the final the previous day, defeating South Africa by 20 points to 18 at Twickenham, many rugby fans across the country, and across the globe, were hoping that Argentina’s heroics against Ireland would not be in vain, as they looked forward to a showdown in the final between two nations that had never met at that stage of the tournament.

While the same can be said of New Zealand and Australia, with both sides being previous Champions but never having met in the final, the fixture is one that many have seen before as the stalwarts of international rugby go head to head for the 155th time in their history.

In an interview with the Guardian, Marcelo Bosch, of Saracens and Argentina, said his side’s success this year was down to their inclusion in the annual Tri-Nations tournament – which has since been rebranded as The Rugby Championship following the South American side’s inclusion.

Following the 2007 Rugby World Cup, Los Pumas applied to join Europe’s RBS Six Nations because a vast proportion of their squad were playing domestic rugby on the continent, but after being denied access, they stuck to their geological routes and joined the Southern Hemisphere’s equivalent – The Tri-Nations.

“Playing for the last four years in the Rugby Championship has helped us develop as a side because we are playing the best teams in the world twice every year” said Bosch when talking to the Guardian, before mercilessly adding: “You have to step up, or get decapitated.”

The answer, quite simply, is yes. In order for European rugby to grow and compete with the likes of South Africa, Australia and New Zealand, and even Argentina now, a greater level of competition is needed in the tournaments that lead up to the World Cup.

The question is, how can it be done without taking players out of their domestic league season for months on end? Even with only five fixtures for each nation, players selected for the Six Nations miss six weeks of action for the domestic teams, and so expanding the current format will only disrupt the league season more, with players on international duty for up to seven or eight weeks, depending on what scale the tournament is expanded by.

Octavian Morariu, President of the governing body responsible for the sport’s promotion, development, organisation and administration throughout Europe, has recently spoken out about the expansion of the Six Nations. He believes the answer is to expand to seven or eight nations, to incorporate the likes of Georgia and Romania.

However, despite being unsuccessful in this year’s World Cup, both Georgia and Romania put in a number of performances that definitely warranted a great opportunity to grow their game.

The European Nations Cup has been in place in its current format for fifteen years now, taking place over a two year period, and the debate as to whether or not to include promotion to the elite level of the Six Nations has raged on for years – but in my opinion, it is the only way to increase the level of European competition for the smaller nations.

In the current standings, Georgia have won five games out of five, against Romania, Spain, Russia, Portugal and Germany, who were promoted from the second tier of the tournament to Division 1A after the 2012-14 competition. Although relegation happens every two years, the nation that tops the table each calendar year is awarded the title. Not only did they run away with it this term, but Georgia have won seven titles in the last eight years, and boast a total of eight titles, only beaten by Romania with nine, and France with 25.

In recent years, Italy and Scotland have failed to provide serious competition in the Six Nations, and despite Scotland’s recent resurgence which saw them take Australia to the wire in their quarter-final cameo, it’s easy to see how tighter competition would benefit every team in Europe. Italy have been awarded the Wooden Spoon a record number of ten times, including four years in a row between 2008 and 2011. Year after year we see the Italians struggle to perform at the highest level, so you’d be forgiven for believing that maybe it’s time we give someone else a go – the like of Georgia or Romania, who constantly top their respective competition each year.

The inclusion of a promotion/relegation feature would mean some changes to the admin surrounding the European Nations Cup, as it’d have to become an annual tournament as opposed to its current biennial format, but it’s not a difficult chance to make with the Six Nations already demonstrating the annual option.

Not only would promotion prospects give Georgia and Romania something to strive for, but the possibility of relegation from the Six Nations would give the Italians something to compete for, having been sitting comfortably amongst the Home Nations and France since joining the competition at the turn of the millennium.

Argentina’s meteoric rise from World Cup minnows to being on the edge of title contenders is only testament to Head Coach Daniel Hourcade’s hard work with his home nation since joining the side in 2013, but it’s clear Bosch’s statement regarding the Rugby Championship is true – that the elite opposition has helped the South Americans develop their game immensely.

This has also led to the creation of a major rugby union “Super Franchise” in Argentina this season, with the national team officials looking to exclude played based outside of the country from international selection. The momentum has really picked up in Argentina, and despite being a country dominated by football, their venture in to rugby union is one that’s being supported nationwide.

If the Six Nations is able to follow suit in expanding the tournament, the 2019 World Cup hosted in Japan could be one to remember for European teams. But, if the annual international tournaments stay in their current format, it’s tough to see the way forward for sides across Europe as they look to break the mould currently being set by Southern Hemisphere sides.

What do you think is the way forward for Europe in terms of competing against the Southern Hemisphere nations? Is it down to individual nations to step up their game, or can the continental officiating boards have a part to play in the resurgence of European rugby? Have your say on Twitter, or in the comments below.