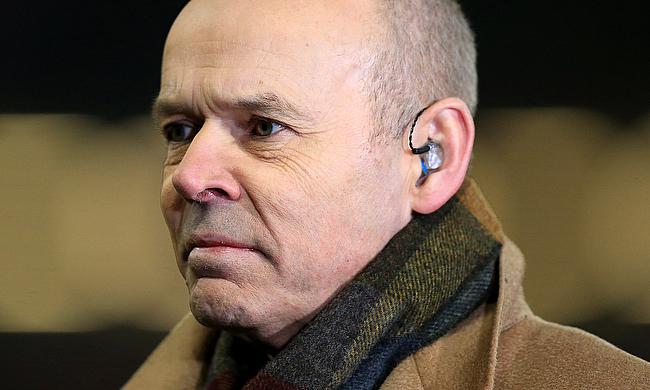 Sir Clive Woodward has hit out at the Rugby Football Union for laying the blame with Stuart Lancaster for England's World Cup failure.

Lancaster, who signed a six-year deal in 2014, left his position as England head coach on Wednesday after agreeing a severance deal with the RFU.

RFU chief executive Ian Ritchie, meanwhile, has expressed his intent to lead the search for a replacement of "proven international experience".

He wrote in his Daily Mail column: "It is so wrong that Lancaster alone seems to have been responsible for England's failure. Those responsible for his appointment, and who have backed him and been happy to reap praise in the good times, should be looking in the mirror today and feeling very uncomfortable over what has happened.

"Instead, Ian Ritchie, the man who appointed Lancaster as head coach and offered the coaches six-year extensions just a year ago, has led the panel to review their performance before recommending to the board that Lancaster step down and he be the man to find the next England coach. That man will then report to Ritchie. What business would operate this way?

"I was fervently hoping for real change from top to bottom, with Ritchie admitting serious errors in the appointments and the structure of English rugby that has left us in this mess.

"Instead we find ourselves in the same position as we did four years ago when Martin Johnson stepped down having accepted the blame for a poor World Cup campaign in New Zealand."

Woodward, who stressed he was not interested in a return to the job he relinquished in 2004, also criticised Ritchie for his comments on the recruitment of Lancaster's replacement.

Woodward added: "At Wednesday's press conference Ritchie confirmed he will lead the search for the next England coach, that the next England coach will report to him and that he will appoint someone with international coaching experience. So we can't pick players who play abroad but we can employ coaches who come from abroad? How ridiculous.

" I simply do not believe Ritchie, who does not know a ruck from a maul, is the right man to lead this appointment, let alone have the new man report to him in the years which follow."

Woodward's former player Will Greenwood would like to see his old boss involved in England's future.

He wrote in the Daily Telegraph: "I would like to see Sir Clive Woodward involved in the set-up again. A real heavyweight administrator with a shrewd brain and a proven track record of winning.

"With Woodward at the helm, I would feel confident that the right coaching team would be brought in, and the right structures put in place to return England to the top of the international game. It would be a hell of a statement."