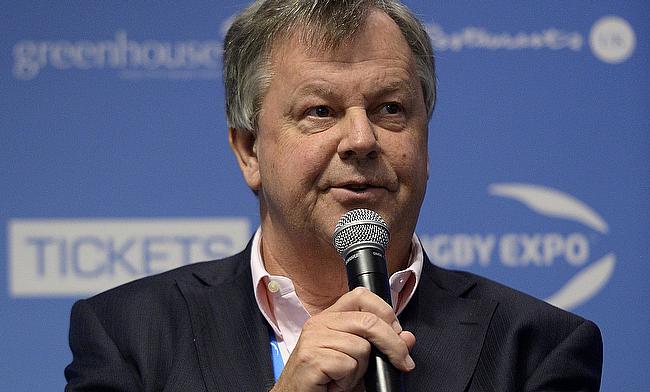 Lancaster carried the can for England's abject World Cup, relinquishing his head coach role on Wednesday after agreeing a severance deal with the RFU.

Chief executive Ritchie defended his own position despite previously pledging to take responsibility for England's World Cup performance ahead of the competition.

England will break the bank to recruit a new boss of "proven international experience", but could need to offer almost double Lancaster's reputed £450,000-a-year deal to entice the likes of Michael Cheika, Warren Gatland or Wayne Smith.

"The most important thing is to get the right person," said Ritchie, admitting England could recruit a foreign boss for the first time.

"This is a very attractive job within rugby. It's important we get a head coach of proven international experience.

"Speed is important, but the right person is more important."

Andy Farrell, Graham Rowntree and Mike Catt will keep their assistant coach roles while the RFU seeks a new boss, who will have the authority to compose his own backroom staff.

Ritchie shouldered the burden for England's World Cup performance ahead of the campaign, insisting "You're the one that takes responsibility for it, because you're the chief executive" early in September.

England then exited the World Cup at the pool stages, becoming the worst-performing host nation in tournament history.

Ritchie has refused to follow Lancaster out of the Twickenham gates, receiving full RFU board backing to conduct the latest recruitment drive.

The former All England Lawn Tennis Club (AELTC) boss could yet depart his post once the new head coach is installed and the RFU back on the right footing on the playing front however.

"I'm the chief executive, I run the organisation, of course I feel personally about what's gone on," said Ritchie.

"It's equally important that I continue to deliver for the organisation and move it forward.

"I take accountability and responsibility for that, and I'm grateful to the RFU board for asking me to do that.

"I don't duck the accountability and responsibility but I think it's a matter for the chairman and the board as well whether my situation is as it is.

"I think I am still qualified (to continue), I'm the chief executive of the organisation."

Chairman Bill Beaumont leapt to Ritchie's defence, backing the RFU chief executive to continue in his role despite his previous comments.

"I chaired the RFU board meeting last night where we received Ian's recommendation," said Beaumont.

"This was accepted by the board and was unanimous. Ian has the full support of the board in going out and recruiting the best coach possible."