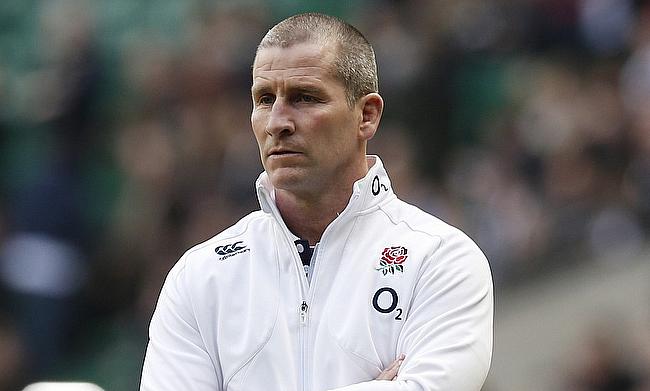 Stuart Lancaster has stepped down as head coach of England.

The 46-year-old has paid the price for a dismal World Cup campaign that saw the hosts fail to get out of the pool stages following defeats to Wales and Australia.

Having been appointed in 2012, it was widely anticipated Lancaster would leave his post after a review in the wake of the tournament, but the Rugby Football Union announced his departure in a statement on Wednesday morning.

"The Rugby Football Union can confirm that Stuart Lancaster has, by mutual consent, stepped down as England head coach," it read.

Formerly a director of rugby at Leeds Carnegie, Lancaster's record at England ends with 28 wins from 46 Test matches - but his position always appeared to be untenable following their World Cup performance.

"The decision follows England's recent Rugby World Cup campaign which saw the team knocked out of the tournament at the pool stages after defeats to Wales and Australia," the statement continued.

Lancaster admitted he has to take most of the responsibility for the collective failings of the team, who could not reach the knock-out stages on home turf with dressing-room leaks and training-ground arguments also making front-page news.

"I am obviously extremely saddened to finish the way we did in this World Cup and to step down from the role," he said. "As I have always said, I ultimately accept and take responsibility for the team's performance and we have not delivered the results we all hoped for during this tournament.

"I did, however, want to take part in the review to ensure I understood the views of others before making a decision. The reality is that, while many aspects of the review were very positive, we didn't achieve success on the field when it mattered and we all have to take responsibility for that but me especially as head coach."

The hunt for Lancaster's successor will begin immediately and the now former incumbent believes whoever replaces him will find a team in good shape.

"I took on the role in difficult circumstances and it has been a huge challenge to transition the team with many hurdles along the way," Lancaster added.

"However, I am immensely proud of the development of this team and I know that there is an incredibly strong foundation for them to progress to great things in the future.

"We have played some excellent rugby and it was always going to be tough to get the right level of experience into them in time for 2015. It is a young group of players with the huge majority available for the Rugby World Cup in Japan in 2019, where I believe their recent experience will make them genuine contenders."

RFU chief executive Ian Ritchie praised the "extremely comprehensive" review which ultimately led to Lancaster's departure - before placing on record his thanks for the work done by the outgoing head coach.

He said: "The Rugby World Cup was hugely disappointing for everyone associated with the England team and the subsequent review into the team's performance was always intended to be extremely comprehensive, which it has been.

"Stuart has been fully involved and has given feedback as well as the other coaches, players, management and a wide variety of people from around the game.

"Following the review, Stuart and I met, where we agreed that he should step down as head coach. This was subsequently ratified by the RFU board.

"On behalf of all fans of the England team and the RFU, I would like to express our gratitude to Stuart for all he has done for England Rugby since taking the role in 2012. Despite the results during this World Cup, he has much to be proud of."

There was no mention of Lancaster's backroom staff in the RFU statement, leaving the futures of Graham Rowntree, Andy Farrell and Mike Catt up in the air.

The coaching team, like Lancaster, signed new deals last year which are due to run until the end of the 2019/20 season.

Ritchie and RFU chairman Bill Beaumont will appear at a press conference at Twickenham at 1630.