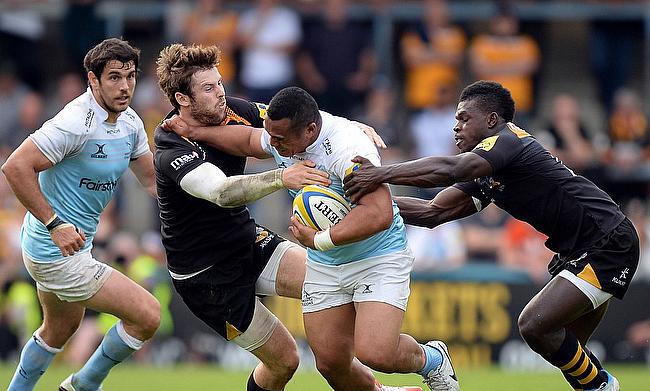 Newcastle Falcons winger Sinoti Sinoti is backing his side to beat Toulon against the odds when the two teams meet on the European Champions Cup opener at Stade Felix-Mayol on Sunday.

Sinoti has been associated with the Falcons since 2013 and is excited as the Kingston Park outfit plays their first Champions Cup in the last 14 years.

"What we have this weekend is a bit of a David and Goliath story, and we’re trying to topple the giant,” said the 33-year-old.

“Let’s just see what happens, but we’re definitely going to give it a good go.

“It’s exciting times, and you don’t need any motivation to get up for these games. Qualifying for the Champions Cup was a big thing for this club and you couldn’t ask for a more exciting start than going to Toulon.

“It’s one of my old clubs, which is great, and then there’s everything they have in terms of the history of the competition. It’ll be nice to go up against them and hopefully to come away with the win.”

Newcastle had a tough outing in the first six rounds of the Gallagher Premiership where they managed a solitary win and are languishing at the bottom of the table but the Samoan international wants to use the upcoming encounter against Toulon as a catalyst for their turnaround.

“People say we’ve played all the big teams in the first few weeks of the Premiership, and yeah, that’s true, but they were all beatable.

We didn’t lose by too much in most of those games but it has been a bad patch in terms of results, and hopefully we can start turning that round at the weekend.

“Dean Richards spoke to the boys in our team meeting about getting up for this game, and I can tell you he looked like he really meant it.

“Everyone knows how much this means to the club. Toulon will have their home advantage but if we can stick to our game plan and implement it, anything can happen.”