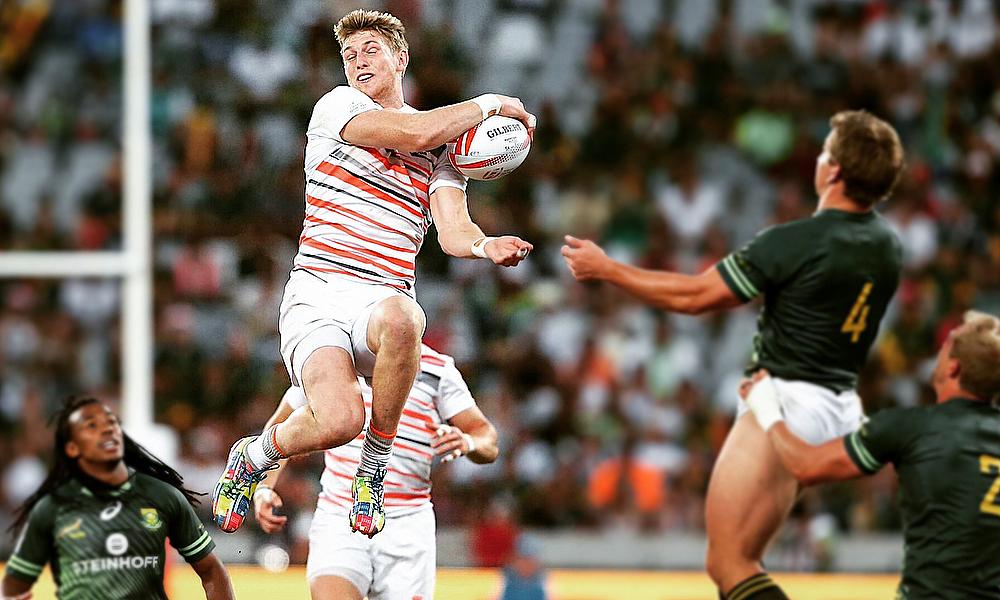 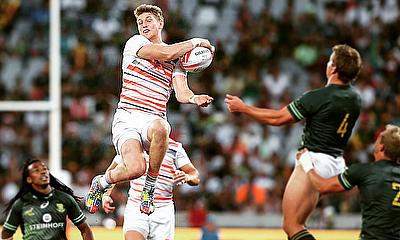 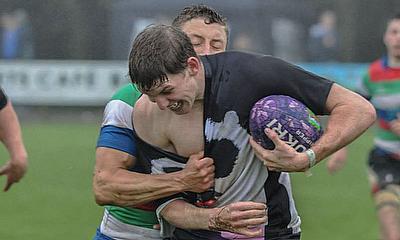 University Rugby is developing across the country with links to Premiership, Championship and National Leagues
Ruaridh McConnochie to replace injured Alex Davis in GB Sevens squad

The England and Great Britain star has praised his university rugby experience and believes BUCS rugby is becoming increasingly stronger.

Ruaridh McConnochie hailed the pathway of university rugby as an important step on his journey to representing England and Great Britain.

The 26 year-old has been part of the England 7s set-up since 2015 and clinched a silver medal with Team GB at the Olympic Games in Rio.

McConnochie has also decided to join Bath Rugby at the start of next season as he looks to make his mark in the XV a-side game, but he admits rugby at university played a major role in where he is today.

“I was at the University of Gloucester so it wasn’t a team that was in Prem A or Prem B as it was known back then,” he said.

“In terms of the experience I had playing university rugby; I would encourage anyone to do it. I spent four years at the university and I got really involved with all aspects of the club. You make a lot of friendships there which I still have now.”

“I think that university rugby helped me massively in my career because firstly, you are so close as a team. Everyone wants to work for everyone else.

“To turn up on a wet, cold Monday night when you don’t have to be there and also do extra training sessions like we did isn’t easy when you’re at university, but it just shows how dedicated everyone was.

“It is now great to see the university rugby system getting better and better every year and without the pathway it offered me, I don’t think it would have been possible for me to have got as far as I have.”

In his final year at university, McConnochie decided a career in rugby was for him. Working closely with coach Phil Llewlyn, he represented Great Britain's University 7s which opened the door to England and Olympic glory.

“To play for GB 7s at university level and to be exposed like that against other teams from throughout the world was awesome,” said McConnochie.

“It is something I had never experienced before and it played a massive part in me getting a call from Simon Amor and getting a trial with the England 7s side.

“At the end of my final year at university, I sat down with Phil Llewllyn and we had talks about me giving it a go in professional rugby. That is what I wanted to do.

“There was a lot of work done in my own time and he committed a lot of his time to helping me. I was training for about 10/15 hours a week on my own and getting that first England 7s contract was awesome.

“It was something I never thought would have happened when I was younger and then to go to the Olympics was just on another level!

“To get that silver medal was just great because I think a lot of people doubted us so to have that self-belief to go and achieve our target was incredible.”

Success in Rio was followed by another silver medal as England finished second in the World Sevens Series in 2016-17.

Before the third leg of this current series in Australia, McConniche penned a deal at the Rec.

He is now another former university player to have signed for an Aviva Premiership side and he believes the set-up of the university game is only helping increase the number of players who are turning professional.

England Sevens player Ruaridh McConnochie will join from the summer of 2018.

“As I have said to many people over the last couple of weeks, if I was to finish my career in Sevens, I would retire happily,” said McConniche.

“However, I think there would have been something in the back of my mind telling me ‘what if’ in terms of playing XVs rugby.

“The Bath opportunity came around and it is a hell of a club to go to. The atmosphere around the town and the club is just incredible. You don’t find many other cities that holds its rugby in such high regard so it is a great opportunity for me to go there and make an impression.

“In terms of the university side of things, I think there is a lot of people who go unnoticed so to now have this emphasis on this level of the sport is great because you can find those hidden talents.

“You are finding more and more people who are now leaving university and going into professional rugby. Freddie Clarke is a name that standouts out for me.

“I played England Students with him and he was playing for the University of Bath so it is great to see him appearing for Gloucester now. That is a great example of how good these players can be.”