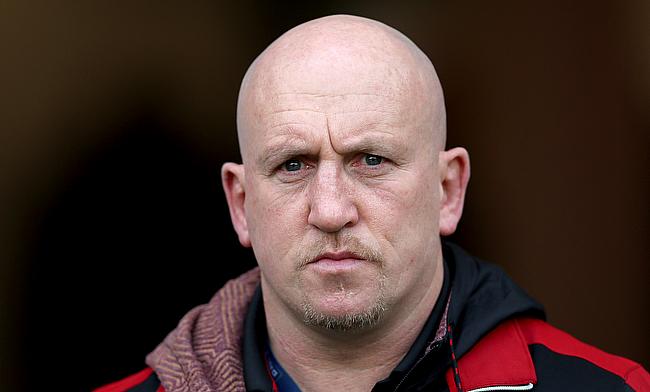 Shaun Edwards has been defence coach of Wales since 2008
©PA

Wales defence coach Shaun Edwards will exit from his role with the side at the end of the World Cup scheduled later this year after turning down a new contract.

Earlier, the 52-year-old also turned down an offer from Wigan Warriors for a head coach position and now has been linked with a role with France.

Edwards' coaching career stint began with London Wasps in 2001 when he joined them as defence coach and went on to take in charge of the club with Warren Gatland moving to New Zealand in 2005. During his time, with the club, Wasps went on to win the English Championship in three successive years - 2003, 2004 and 2005 along with another title triumph in 2008. The club also registered Anglo-Welsh Cup victory in 2006 and a Heineken Cup title a year later.

He joined Wales as defence coach in 2008 under Gatland and has been instrumental in the side winning Grand Slam victories in 2008, 2012 and 2019 as well the Six Nations title in 2013 apart from reaching the semi-final of the World Cup in 2011.

"After more than 10 years with Wales this has been an incredibly difficult decision to reach but I won't be renewing my contract," Edwards said.

"I would like to thank Warren and the WRU for the opportunity I have had working with the national team.

"We have won four Six Nations titles during my time with Wales, but I sincerely hope and believe that the best days are yet to come and I am fully focused on seeing what we can achieve in Japan."

Meanwhile, Wales head coach Warren Gatland, who will also part ways with the side at the end of the World Cup praised Edwards' contribution and is aiming to sign off on a high with the showpiece event in Japan.

“Shaun has been an important part of the Wales set up over the past 11 years for what has been a hugely rewarding time for Welsh rugby.

“It is pleasing that we can draw a line under the speculation regarding Shaun’s future with this announcement and we can look forward to preparing the squad for the RWC and the tournament itself in Japan later this year.”