Rhys Webb reckons his Wales' World Cup ambitions is over 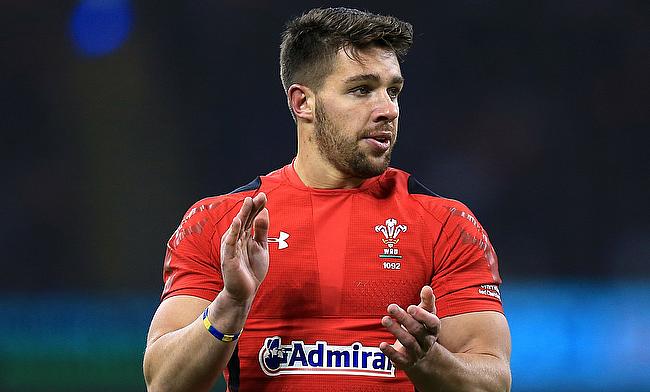 Scrum-half Rhys Webb has admitted that his chances of featuring in Wales' World Cup campaign later this year is all but over following his move to the French club Toulon.

Webb moved to Toulon in 2018 after spending over 10 years with Ospreys and because of the Welsh Rugby Union's policy to not select overseas players with less than 60 caps, the 30-year-old said is unlikely to be included in the squad for the showpiece event later this year in Japan.

Chris Ashton used the opportunity to play for Barbarians to impress Eddie Jones after scoring a hat-trick against England and now Webb will be seen in action for the invitational side. Nevertheless, Webb admitted that he doesn't want to use the game at Twickenham to grab the attention of Wales head coach Warren Gatland.

"I do believe that if there are injuries then I can come in without issue, but there has to be injuries. That's the ruling.

"Maybe it will happen one day, but for now it's a no-go. Every time I play for Toulon, I don't think about playing for Wales.

"The rule is in place and it motivates me to work harder and keep doing extras. I know my standard, I know where I belong as a player. I'll maintain high standards wherever I am.

"You want to play in front of big stadia, big crowds. In every training session and every game, I try to enjoy myself and play with a smile on my face," the 30-year-old said.

"I back my instincts and I work hard. Yes, it's a big game, but I won't do anything individual. There are too many world-class players here."

Webb has played 33 Tests for Wales since his debut in 2012 and last played for the side during the November series in 2017.