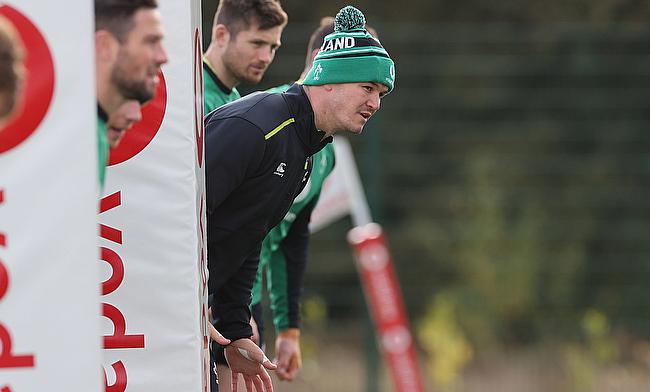 Johnny Sexton has called on Ireland to be ‘clinical’ against France this weekend as Andy Farrell’s side target the Six Nations crown.

A 50-17 victory over Italy last Saturday means Ireland's destiny is in their own hands when they travel to Paris as they aim for their fourth title in seven years.

In order to achieve this, the Irish need to secure a bonus-point win to guarantee top spot in the championship with rivals England expected to defeat the aforementioned Italy in Rome earlier in the day.

France, themselves, are also still in contention but Sexton feels Ireland will need to make their opportunities count against an improving Les Bleus outfit if they are to be celebrating on Saturday night.

"I suppose we just have to wait and see don't we? All we can control at the moment is our performance,” Sexton said.

"What we have been trying to emphasise to everyone is that we need to get the performance right no matter what. We are still going to have to play well no matter what. We know if we perform well, we'll create chances, so we'll have to take them and we'll need to be clinical.

"We are working on all areas and that includes set-piece, starter play, attack. There was some good stuff [against Italy] and there was some average stuff. We weren't perfect and we weren't terrible either, but we know we are going to have to be a lot better in all areas on Saturday.

"It is great to be back in a situation where we have a trophy on the line. We know it is in our own hands in many ways. No matter what happens in the games before, we will still be going on to the pitch knowing we can win the trophy which is what you play for. You play and train hard for these big days and we are looking forward to it."

The Ireland captain also paid tribute to Cian Healy who will become the country’s sixth player to earn 100 caps this weekend.

The Leinster prop has bounced back from a serious neck injury to reach this latest milestone in his career and the 33-year-old will join Brian O’Driscoll, Ronan O’Gara, Rory Best, Paul O’Connell and John Hayes as a centurion for Ireland.

Sexton added: "If Cian gets picked it's an incredible feat. You look at the guys that have 100 caps and how special those players are, you don't get there easily.

"Every player in that category is a legend of the game in Ireland, and he'll add himself to that legacy if he gets that cap and he deserves it. He's so professional in the way he goes about his business.

"I'm chuffed for him. I am very good friends with him, first and foremost. I know his family well and I know they will be so proud of him and it is another little layer onto the entire story.

"If it is his 100th cap, we want to honour him in the best way possible and the way to do that is by winning the game."