Sexton may Miss the Autumn 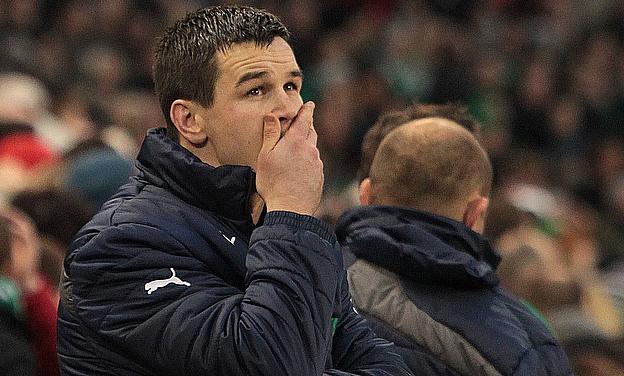 Fly-half Jonny Sexton faces a race against time to be fit for Ireland’s autumn international Test series after breaking his jaw in action with his French club Racing Metro.

The British and Irish Lions fly-half could be sidelined for two months following a heavy clash with Craig Burden in Racing Metro's Top 14 contest with Toulon.

The 29-year-old will now fight to return quickly enough to be in contention for Ireland's three-Test autumn series, starting with South Africa's visit to Dublin on November 8.

Racing saw off reigning French and European champions Toulon 17-10 in Paris on Saturday, but Sexton was eventually withdrawn after an early clattering from Burden, with the South African hooker sin-binned for the challenge.

Ireland host Georgia and Australia following their South Africa clash in the autumn, with head coach Joe Schmidt keen to ramp up the long-range preparations for Rugby World Cup 2015.

Sexton is expected to complete a move back to Leinster from Racing Metro next summer to boost Schmidt and Ireland's World Cup build-up.

The 45-cap playmaker is arguably Ireland's most important backline general now that Brian O'Driscoll has retired, so Kiwi boss Schmidt will afford him every opportunity to make the fitness grade for autumn action.

Sexton endured a frustrating first campaign in France last term, coerced into 13 club games in 12 weeks on his arrival, much to Ireland's chagrin.

Former Leinster boss Schmidt was left hamstrung by his lack of control over the player, still Ireland's only frontline star plying his trade overseas.

Sexton picked up a leg problem through his heavy initial Racing workload, which threw his participation in last year's autumn series into doubt.

Ulster's Paddy Jackson would be the front-runner to start in Sexton's absence after filling the fly-half understudy role last season.

Leinster's Ian Madigan would also come into the frame, while fast-progressing Munster duo Ian Keatley and JJ Hanrahan coming up on the rails.