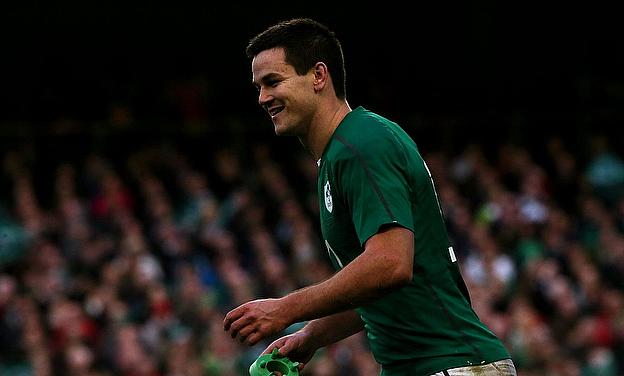 Johnny Sexton is expected to complete a four-year deal to return from France to former club Leinster at the end of the coming season.

The 29-year-old will hand Ireland a big Rugby World Cup boost if he returns to Leinster next summer, falling back under IRFU control.

Schmidt and Ireland will enjoy full access to British and Irish Lions star Sexton should he complete his anticipated Leinster return.

Sexton had the option of staying for a third year in France, but the French Top 14 club were keen for him to sign a new long-term contract.

The 45-cap fly-half had admitted struggling to settle to life in France after his move away from Ireland last season.

The IRFU fended off the lures of big money contracts in France last season, tying down the likes of Sean O'Brien, Jamie Heaslip, Conor Murray and Donnacha Ryan, with captain and talisman Paul O'Connell signing a new contract too.

Leinster's Rob Kearney and Munster skipper Peter O'Mahony will be chief among those whose contracts expire at the end of the coming season.

Sexton's move to France was expected to herald a host of team-mates following suit.

The IRFU headed that off at the pass, and will seek to capitalise on Sexton's impending return to convince another clutch of out-of-contract stars to stay put.

Sexton's troubles at Racing were well-documented last term, the outside-half called on to play 13 matches in 12 weeks, causing a hamstring tweak to threaten his involvement in Ireland's autumn Test series.