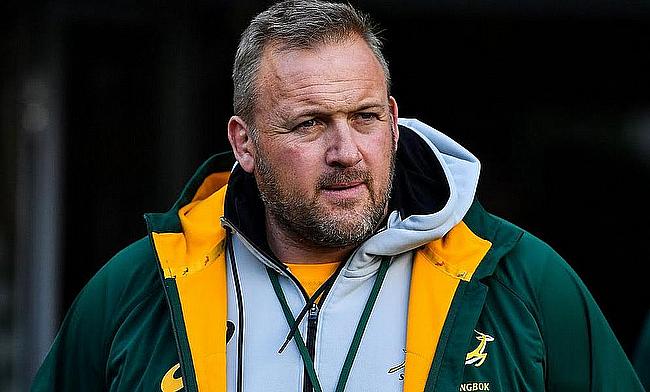 Matt Proudfoot, the man who helped architect the dismantling of England in the 2019 World Cup final, now finds himself part of Eddie Jones’ coaching set-up as they try to gain some revenge over South Africa.

In any game which features the Springboks, there is a focus on the scrum with it being a strength of theirs, with Proudfoot saying: “The scrum and maul are two of their main weapons.

“Maybe it wasn’t by design, but that (scrum) ended up being the contest of the day. One of those set pieces will be the main contest again and it’s about which of the two packs is going to take the initiative.”

So, the last thing England need ahead of Saturday’s clash is some selection headaches up front. Alongside the Covid issues surrounding Ellis Genge and Joe Marler, Jamie George’s recent injury means youngsters Bevan Rodd and Jamie Blamire are in line for starts against the world champions.

Marler could be in contention as he comes out of isolation on Friday, but the rawness of England’s front-row did not seem to particularly worry Proudfoot, who explained that his side are focusing on mental resilience: “When you lose something, there is an opportunity to be gained.

“I think an important factor is the mindset and how you attack the challenge. We build resilience in this team. The key fundamental of this team is resilience. We know it’s going to be a fight, a battle, but you can face that in two different ways and we’re going to go right at it."

With questions over Blamire considering his lack of international experience, Proudfoot pointed out that every great player has a first start and will have had questions asked of them. On the Newcastle Falcons hooker, he said he has been impressed with his strong character and fight, which he will need in buckets playing against the Boks.

“When he [Blamire] came into camp early, in the summer, we chucked him in what we term the Fight Club and just the way he ripped in was really promising," Proudfoot added.

“It showed a lot about what is inside the man. We know he has got a big future ahead of him and we’ve invested in him. You can go back in history and look at every great player, the first time they got the opportunity, the narrative would have been, 'Is he ready? Isn’t he ready?'. But it’s about how he grabs it.”

England’s forwards coach knows this game will begin at the set-piece for both sides as he explains: “Two passionate packs of forwards really putting their best foot forward. I think the battle for momentum starts at the scrum. The game starts at set-piece, whether that is scrum or lineout.”

Proudfoot, of course, helped South Africa work on their maul before the final in 2019. There it was the scrum that really caused their success. In Saturday's game, according to their forwards coach, England have their own plans and must confront the challenge of playing the world champions.

One England player, in particular, will be crucial this weekend due to his experience in the front-row, but also because of his own history of playing South Africa; Kyle Sinckler. A man who was knocked out in just a matter of minutes on that fateful night in Yokohama.

He will have something to prove, and I’m sure he would love nothing more than to dismantle a Bok scrum. Proudfoot spoke about Sinckler and says he “sees a growing young man” and described him as an excellent team player.

When also asked about his former employers, Proudfoot added: “They are more mature as players.” He praised the ‘Bomb Squad’ - which he was influential in creating - in terms of their experience, leading to them becoming more adaptive. He now believes they can impact games when needed because they understand and are comfortable with their role.

From an England perspective then, Proudfoot may have one eye on the situation of the aforementioned Joe Marler. He is supposed to come out of isolation later in the week and you would think with just one day of training, he surely won’t play?

However, Jones has said that he made two selection mistakes in that World Cup final, one of which was not picking Marler to start over Mako Vunipola - who subsequently has been left out in the cold for this Saturday despite England's front-row issues.

Going back to Marler, the Harlequins prop has arguably been in the form of his life over the last year and being known for his world-class scrummaging, it would not be surprising to read his name on the squad list for the weekend.

It could be a way for him to combat the ‘Bomb Squad’ which Proudfoot once nurtured, and with Jones’ team selections, you must expect the unexpected.