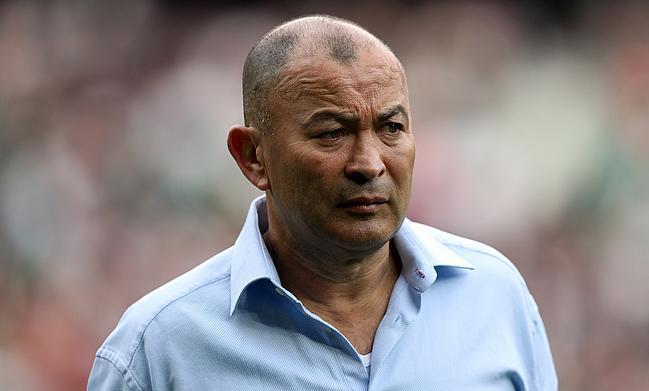 “It’s the only game I’m worried about this week,” Eddie Jones said after the final whistle on Saturday night.

England had just pummelled Australia into submission in front of 81,575 fans at Twickenham, but already thoughts of South Africa were creeping into everyone’s minds.

The start of November marked two years to the day that the Springboks overcame England in Yokohama, the tries scored by Cheslin Kolbe and Makazole Mapimpi breaking England hearts.

Mapimpi made an impression against Scotland earlier on Saturday afternoon, the wing scoring two tries in order to sink Gregor Townsend’s Scotland ship in Edinburgh.

It is the first time that England and South Africa will have met since that day in 2019, meaning there is far more than pride on the line. For the likes of Tom Curry, Courtney Lawes, Owen Farrell, Jamie George and Marcus Smith, there is added motivation, having experienced a Test series defeat against the Boks over the summer.

“South Africa present a different challenge to Australia,” Jones said. “ South Africa have a very clear – and understand – their game plan, based on the accuracy of their kick chase, based on the physicality of their forwards around the ruck and a very strong scrum.

“The first thing we need to do is be really consistent in our scrummaging, so we don’t allow them access into our half. We have to try to take away their maul, and then be really good at neutralising their kicks.

“If we’re able to do that we can create opportunities to attack against them. Like any team, they have weaknesses in their defence, and we’ll be able to find a few of those.”

Here is a match report, as well as his thoughts following a comprehensive victory that sets the scene well for the Springboks test next week.https://t.co/mDBeotfqZn pic.twitter.com/JuqdR8C7Ii

Looking back to 2019 and you can only think about how England were outplayed. South Africa ruled the airways of Japan in the final, as well as dominated on the turf at the scrum and at the ruck.

It was these things that continually forced England to cough up possession or hand Handre Pollard the opportunity with the tee. It was very much a masterclass, but what has Eddie Jones – the only remaining member of the coaching staff – learnt from that experience?

“That’s the lesson we learnt. We have to have some serious teaching on it this week, which we will. We will go in prepared for that sort of game.”

When it comes to the collection of the high ball, Freddie Steward will be the man under the spotlight next week in West London. Scoring his first try for England in a well worked play that involved both Owen Farrell and Marcus Smith, the full-back who turns 21 in December, has already made his importance known to his nation.

Standing at 6’5”, Steward has looked more than comfortable in the Test match arena, using his frame to leap high and collect the ball. Having become a regular under Steve Borthwick at Leicester during the Premiership’s restart last summer, Jones has continually been impressed by the young back.

“Freddie, I remember seeing with Leicester last season and at first we thought maybe he has not got enough pace to play Test match football,” he said.

“We brought him in in the summer to have a look at him. He surprised us with how much pace he has got. He is brave in the air, and he has got quite uncomplicated game.

“If you find the players that have an uncomplicated game, they know their strengths really well and tend to adapt much quicker. He is a guy like that.”

Steward’s instalment in this England team also seems to have answered the question about who Mike Browns successor should be.

Making his last appearance in 2018 for England, Elliot Daly, Anthony Watson and George Furbank have all tried their hand in the No. 15 jersey, but never quite looked comfortable.

Seemingly the solution to that conundrum, Jones believes that should Steward carry on in the same fashion as recent weeks, then there is no reason why he can’t emulate Brown in some manner.

“There’s no reason why he won’t, but the big thing for these young players – and I won’t make any analogical statements because I will get in too much trouble – it is hard for them to keep their feet on the ground,” Jones said.

“We have to help him manage his distractions because he is going to be the talk of the town. We are going to need to manage the people around him. If he keeps his feet on the ground, he could have a great career.”

South Africa will be England’s final game of the Autumn Nations Series campaign, the opportunity to end this block of games on a high note a big motivation.

It will mark the conclusion of the first of five such campaigns before the Rugby World Cup in France. The Six Nations gets underway in early February, England making a trip to Scotland in the hopes of bringing the Calcutta Cup back to Twickenham.

“It is going to be the biggest game of the year because it is the next game,” Jones said. “It is the final game of the autumn so we want to go away with a good feeling and to the guys can’t wait to get back into camp for the Six Nations because the fantastic feeling they have had with England.

“The way you finish is always important. It’s like you go out on a date with a girlfriend; the night finished well, and you can’t wait for the next date. We want to make sure the players have that feeling.”