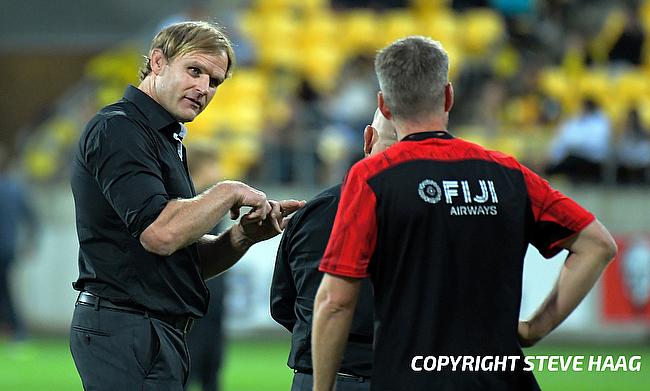 Crusaders head coach Scott Robertson has said that he is considering options from overseas following a snub from New Zealand.

Robertson has been by far the most successful coach in Super Rugby after guiding Crusaders to four Super Rugby titles that came in 2017, 2018, 2019 and 2022 apart from two Super Rugby Aotearoa triumphs in 2020 and 2021.

The 47-year-old, who played 22 Tests for New Zealand between 1998 and 2002 was considered a top contender for the All Blacks head coach role before Ian Foster was handed over the role post the 2019 World Cup.

"It's one job (All Blacks coach) and when someone doesn't give it to you, you have to think differently, about what opportunities are out there.

Robertson will now reunite with Ronan O'Gara as they take in charge of a Barbarians side that will be locking horns with All Blacks XV at the Tottenham Hotspur Stadium in November and he is looking forward to the opportunity.

"Yeh look we've got quite a cool relationship actually. Ronan, the way it worked, I needed someone like him in Europe who understood the kicking game really well.

"He just saw things differently, and I need that. I need people with risk management. He wasn't quite there, anyway the balance of it all we ended up sort of coming together as a combination. He built great relationships with the players.

"He talks openly about how his time down here, his couple of years with us helped him.

Look I'm coaching the Baa Baas with him, we talk regularly, talk how to shape a season, what do you have to do in the off-season, we talk about a lot of those things.

"He's real smart, great rugby mind, but he needs good people around him which he's starting to get right, is really really critical."