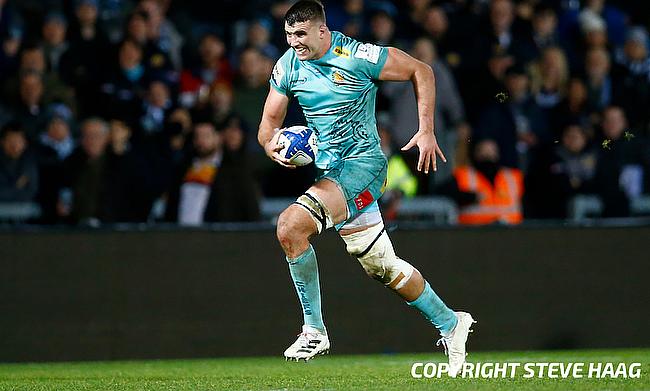 Edinburgh have announced that Scotland international Sam Skinner will join the club ahead of the 2022/23 season.

Skinner started his career with Taunton Titans in 2013 and went on to represent them in the National League Two South in the 2014/15 season.

Skinner made his Scotland debut against Fiji in November 2018 and has gone on to play 15 Tests with his last appearance coming during the Autumn Series Cup last month.

“I’m massively excited to make the move north next season. The URC is an extremely competitive league and I’m really looking forward to testing myself in a new environment with a great group of lads," he told the club's official website.

“I want to challenge myself and grow as a player and Edinburgh is the perfect place to do that. I can’t wait to get stuck in, help the club to success while really experiencing Edinburgh and Scotland.

“I’m really looking forward to working with Mike [Blair]. I obviously worked with him for a period of time at Scotland and I like how he communicates and connects with players, while motivating them at the same time.

"He has Edinburgh playing an exciting brand of rugby and I believe it will suit my own playing style too.

“Having spoken to a lot of the boys at Scotland, there seems to be a really strong culture at the club, while it’s an exciting time with the new stadium, which I’ve heard has been fantastic so far with a brilliant atmosphere."