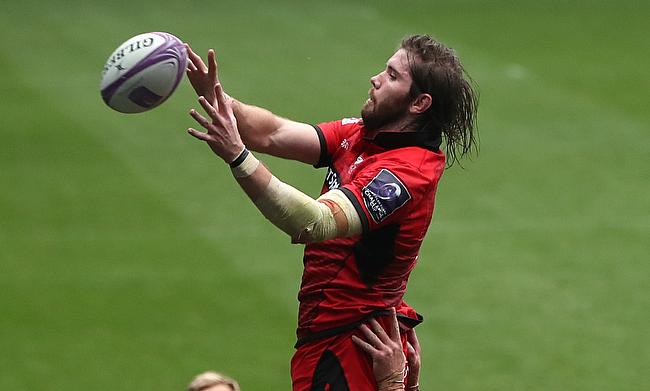 Edinburgh have confirmed that Scotland international Ben Toolis will be leaving the club at the end of the ongoing 2021/22 season.

Toolis joined Elite Development Player Programme of Edinburgh in 2013 and went on to make his senior debut for the club in the same year.

The 29-year-old has racked up 127 appearances for the Scottish regional club and is second in the list of most games played for the club behind skipper Grant Gilchrist. He is now set to join Japanese Top League club ahead of the 2022/23 season.

“I’m moving on at the end of the season because I partly want to experience something new, but also move closer to home,” said Toolis.

“When a new opportunity arose in Japan, I was so excited at the prospect of that experience, but the idea of leaving Edinburgh after nine years was also daunting.

“However, I decided that it’s the perfect time in my rugby career to experience something new and challenge myself in a different culture and environment.”

The 6ft 7in lock made his Scotland debut in February 2015 and has gone on to play 26 Tests including a solitary appearance in the 2019 World Cup.

“Ben has been a special player for Edinburgh Rugby over the course of the past nine seasons and he’ll leave as both a club centurion and a seasoned internationalist," said head coach Mike Blair.

“We’re obviously sad to see him go given all that he’s contributed to the club, however it’s a decision that Ben has clearly given a lot of thought and consideration, and so we wish him the very best for what is an exciting opportunity in Japan.

“We’re really hopeful that we’ll see Ben in Edinburgh colours before the season is up, where he’ll have the chance to compete and add to his 127 Edinburgh Rugby appearances.”