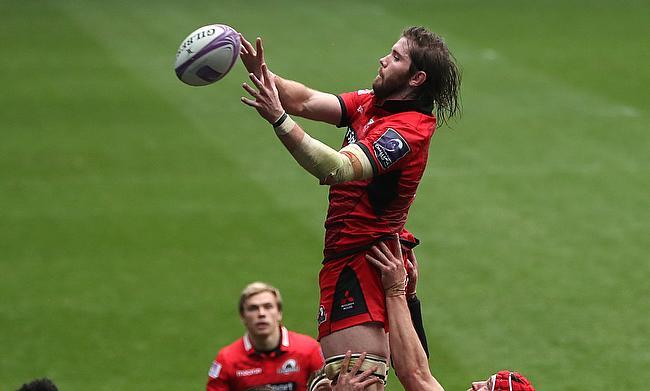 Ben Toolis has been with Edinburgh since 2013
©PA

Edinburgh have confirmed that Scotland international Ben Toolis has penned a new deal with the Pro 14 club.

Born in Brisbane, Toolis was in the Australian National Rugby Academy squad and played in the IRB Pacific Nations Cup before he started his professional rugby career with Edinburgh in 2013.

Since, his arrival at BT Murrayfield Stadium, the 27-year-old has made 119 appearances for the club and in the process becoming the 32nd player to rack up over 100 games for the side.

“I'm delighted to have re-signed with Edinburgh Rugby," he told the official website of the club.

“It has become my home and, as is evident through our positive results in the league and in Europe, we are moving in a really exciting direction. The future is bright for this club.”

The 6ft 7in lock made his debut for Scotland during the Six Nations in 2015 and has gone on to play 22 Tests including a solitary appearance in the recently concluded World Cup in Japan.

“Ben is one of the most athletic locks in the league, while his ability and leadership at the lineout is key to the way we play," said Edinburgh head coach Richard Cockerill.

“We’re delighted to see him re-sign and I’ve got no doubt that he’ll continue to be a big player for this club in the years to come.”

Edinburgh currently hold the top place in Conference B table of Pro 14 with seven wins from 10 games while they will lock horns with Bordeaux Begles in the quarter-final of the European Challenge Cup in the first week of April.