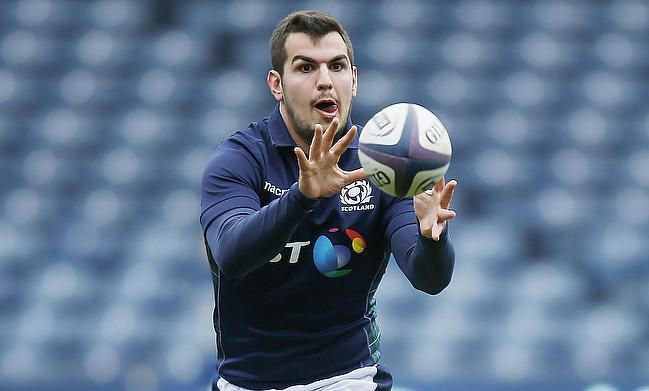 Stuart McInally has been with Edinburgh since 2009
©PA

Scotland international Stuart McInally has committed his immediate future with Edinburgh after signing a new long-term deal with Pro 14 club.

The 29-year-old joined Edinburgh Academy in 2009 and made his senior debut for the club against Munster in September 2010 and has gone on to play 142 appearances for the club. He was named co-captain of the club in August 2016 along with Grant Gilchrist. He was voted as the club’s Player of the Year following 2017/18 before made full-time captain ahead of the 2018/19 season.

“I’m really pleased to have extended my stay at Edinburgh, he told the official website of the club.

“The make-up of the squad, from players, strength & condition, medical and coaches is as strong as it’s been during my time here, and I’m excited to be part of an ambitious group moving forward.

“Rugby wise, I believe this is the best place for me to play and improve to become the best player I can.

“From an off-field perspective, I have a brilliant support team here in Edinburgh and their help in developing my next career as a commercial airline pilot is invaluable.”

McInally also played for Scotland Under 17, Under 18 and Sevens side before captaining the Scotland Under 20 side during the 2010 Six Nations and also featured in the 2009 IRB Junior World Championship.

The 6ft 3in hooker went on to make his debut for Scotland in August 2015 and has gone on to play 33 Tests in which he scored seven tries with his last appearance coming during the 2019 World Cup where he played four games.

“Whether it’s in a match, meeting or training, he leads by example. That leadership and captaincy is vital to this club, and it shows in the respect he commands across the squad.

“We’re delighted that Stuart has re-signed on a long-term deal. He’s another local, Scottish international player who wants to represent this city.”

Edinburgh are at the top of Conference B table in Pro 14 with seven wins from 10 games while they face Bordeaux-Begles in the quarter-final of the European Challenge Cup on 4th April.