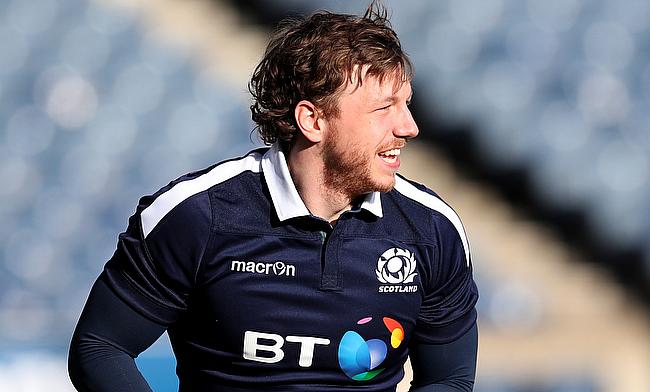 Scotland head coach Gregor Townsend has made six changes for the final round of the Six Nations against England scheduled to be played at Twickenham Stadium this weekend.

Sean Maitland comes at fullback position to replace injured Blair Kinghorn while Tommy Seymour, who is ruled out of the game has been replaced by Byron McGuigan. Sam Johnston makes a comeback into the XV at the expense of Pete Horne, who drops out of the matchday squad.

Hamish Watson, who was impressive during the game against Wales earns a promotion from the bench to take the number seven slot in the place of Jamie Ritchie with Sam Skinner and Ben Toolis also drafted into the starting line-up.

Scotland are currently fourth in the Six Nations table with a solitary win from four games and will be hoping to beat England for the first time at Twickenham Stadium since 1983.

"He made a real impact on Saturday and we have no doubt that he's ready to take the game to the opposition in attack and defence.

"We have to build on the positive aspects of our performance against Wales. The players showed in the second-half what the team is capable of against one of the best sides in the world.

"The next step is making that pressure count on the scoreboard, more regularly".