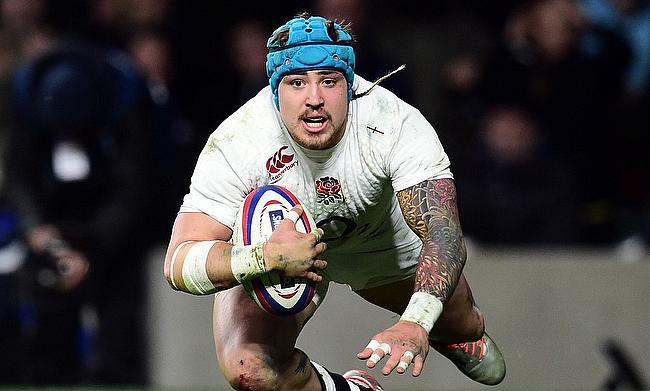 England coach Eddie Jones has made a total of four changes for the final round of the Six Nations clash against Scotland to be played at Twickenham Stadium this weekend.

Jack Nowell returns back to the right wing replacing Joe Cokanasiga with the latter dropped from the matchday 23 squad. Ben Te'o drops out to the bench with Manu Tuilagi moving from outside to inside centre allowing a comeback for Henry Slade.

Despite scoring a double against Italy, Brad Shields has been assigned the role of a finisher with Mark Wilson starting at blindside flanker while Ben Moon replaces Ellis Genge at loosehead prop with the latter joining the reserves.

“It is the last week of the tournament so it’s exciting. It will be a fascinating finish to the Championship with three teams that can win it and we are playing against one of our most traditional foes in Scotland for the Calcutta Cup," said Jones.

"We have had a good preparation and the side is going to be in a great state to play against Scotland on Saturday.

“Scotland is a difficult side, they are always at you, they play with a lot of enthusiasm and effort and have got a lot of attacking strings to their bow.

"Finn Russell is an exceptional player at 10 and they have got some pace on the outside so we are going to have to defend really well against them.”

Saturday's game will also see Leicester Tigers' Ben Youngs reach a milestone as he is set to become the most-capped scrum-half for England with his 85th Test appearance.

“It is a fantastic achievement, it takes a lot of dedication and hard work and something he and his family will be really proud of. I am sure he will do the shirt great justice out there on Saturday," said Youngs.

England will need to beat Scotland in the final game and hope for Wales to either lose or draw the game against Ireland in Cardiff to claim the Six Nations title.