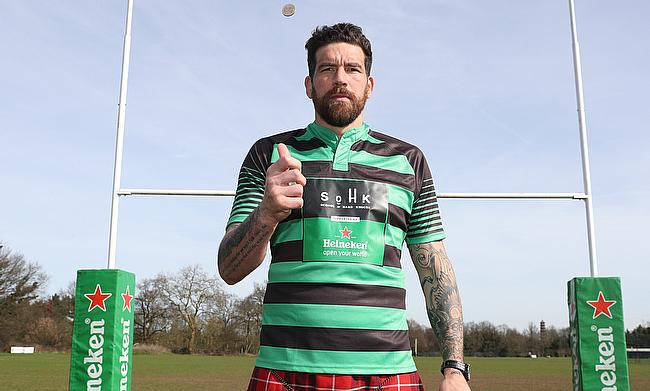 Jim Hamilton has his eye on Glasgow
©PA

Saracens lock Jim Hamilton insisted that his team will not be taking Glasgow Warriors lightly in the European Champions Cup quarter-final this weekend.

Gregor Townsend's men have made it to the knock-out stage for the first time in the history of the tournament and will be up against a rampaging Saracens side, who will look to continue their title defence.

With a number of Scotland international in their ranks, Hamilton believes Glasgow Warriors will be a formidable opponent.

"I promise you - and this is not just lip-service - we are taking Glasgow extremely seriously.

"That is one of the values Saracens have. We prepare the same no matter who we are playing.

"We're looking at Glasgow and looking for chinks in their armour - but there aren't many.

"They put 50 points on Leicester, they have a very functional scrum and don't concede many penalties. They score a lot of tries, they play a lot of rugby and hold onto the ball.

"Their defence is very good and they have an amazing kicking game. They have Stuart Hogg, Finn Russell and Tommy Seymour, so their brand of rugby is absolutely exceptional and we are well aware of that.

"But so is ours. We're a very good side but we are definitely giving Glasgow the respect they deserve."

Hamilton, a former Scotland lock announced his retirement last year and will be competing against his former team-mates in the Allianz Park encounter which he admitted will test his mental strength.

"Hopefully I won't need to have that extra emotional edge this weekend," he said. "For a lot of my career I played with that emotionally charged mentality - and it got me trouble a lot of the time as we know.

"But that's one thing I've tried to change, without being too boring. I'm concentrating on making each match just another game of rugby.

"I've only had one yellow card in the last three years so my discipline is dramatically better. But I've had to change my mindset from the old school one where you could have a scuffle here and there. You can't do that any more and it's quite an exhausting way to play. So that as well as my experience of big games, of having kids, have helped to widen my perspective on control.

"Naturally, though, there will be an extra incentive this weekend as I'll be playing against a lot of guys that I have played with.

"I'll be up against Jonny Gray who I played with before and have helped him a little bit in the early days with his understanding of the line-out.

"I'm good mates with Ryan Wilson and I've also been there to see Stuart Hogg flourish into the world-class player he is.

"I always want to see the Scottish sides do well and it's fantastic to see Glasgow now on the world stage, because that is where this competition puts you.

"But for me personally, I have played in a lot of quarter-finals and hopefully it will just be like another game."