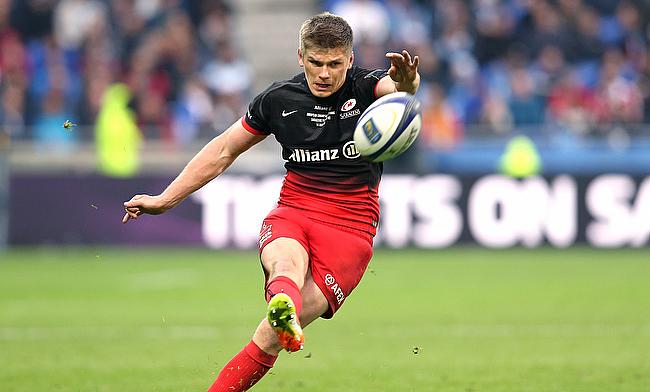 England international Owen Farrell wants Saracens to improve their game further, if they are to defend their double championship of Aviva Premiership and European Champions Cup.

Having started their Aviva Premiership season with a lot of promise, Saracens faced a minor glitch when they drew the game against Exeter Chiefs followed by defeats against Worcester Warriors and Gloucester.

Even though, they managed to turn the table with wins over Sale Sharks, Newcastle Falcons and Bath, which saw them rise to the third position in the table, just one point behind second placed Exeter Chiefs, Farrell believes the best from the defending champions are yet to come.

"Everyone's in a good place and ready for it, but I don't think we were where we think we can be," the England fly-half said.

"We were good in parts against Bath and not so good in others and that puts us in good stead.

"There are a lot of fix ups and stuff we can do better. The scoring ran away and it wasn't a reflection of the game. We did some good stuff, but in patches."

Saracens are scheduled to take on Glasgow Warriors this weekend in the European Champions Cup quarter-final and the team has turned to basketball to help warm-up their players before training sessions.

"It's been brought in as an enjoyable warm-up - moving about and throwing a ball around just before we get cracking with everything," Farrell said.