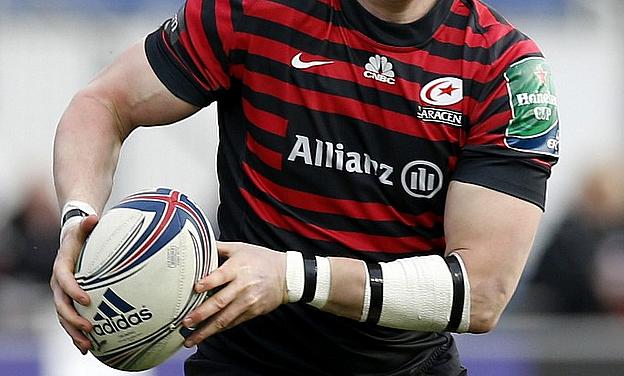 European peace is on the horizon, according to Saracens chief executive Edward Griffiths
©PA

English and French clubs have dismissed enough "demons and ghosts" to usher in European rugby reform, according to Saracens chief executive Edward Griffiths.

Griffiths is confident an accord on the competition to replace the Heineken Cup next season is on the verge of completion.

The final spot will be claimed by the winner of a play-off between the seventh-placed finishers in the Premiership and the Top 14.

After two years of wrangling, now only finer details are left to be resolved on a heads of agreement document to be signed by the clubs from all six frontline European countries.

"So part of changing anything is persuading people it's good for them as well.

"It's taken some time to do that but I think the outcome is what we wanted.

"In simple terms the competition will be run by three leagues now, the Premiership, the Pro12 and the Top 14, rather than six unions.

"And that, to me, is just common sense.

"The English and the French clubs for some time now have been proposing a structure that ensures a fairer competition format, and a fairer financial distribution.

"It was always going to be a win, win, win: it was never going to be benefit for the English and French at the expense of everyone else.

"It's good for European rugby, I think it represents progress in every way, and European rugby will become stronger as a result."

A new governing body will be set up to replace European Rugby Cup that will be wound up in the summer.

The new administration body will be based in Lucerne, Switzerland, purely for impartiality.

The Six Nations committee has chaired a host of working party meetings in a bid to thrash out a solution to the long-running European stand-off.

Broadcasting rights remain the final hurdle, but BT Sport and Sky are expected to broker a deal to share screening next season.

Increased revenue from the beefed-up TV deal has led to a rise in the Aviva Premiership salary cap.

With European peace cresting the horizon, Griffiths said a South African link-up is off the table for the foreseeable future.

"Within this round of television rights it just wasn't possible," he said.

"I would say it would be possible in the future, but it's going to be five or six, or maybe even 10 or 12 years away.

"But I think a competition whereby the South African teams would play North-South would have some appeal.

"We'd like to play against South African opponents once or twice a year in friendlies, but in general you won't see South African teams in European competition for at least the next round of TV deals."

Griffiths said the next challenge will be for Premiership clubs to capitalise on the renewed European impetus, coupled with the effect of Rugby Sevens' inclusion in the Rio 2106 Olympics and England hosting Rugby World Cup 2015.

"The challenge for Premiership Rugby is to display a collective spirit of innovation and imagination to ensure the league continues to develop.

"We want the Premiership to be recognised as one of the outstanding domestic leagues in the world.

"Rugby union in this country needs to shake off its conservative with a small 'C' image to take advantage of the tidal wave that will flow through the sport, from the Olympics and the World Cup.

"Those two events give us an opportunity to grow in unimaginable ways over the next 10 years."