McCall bowled over by Saracens 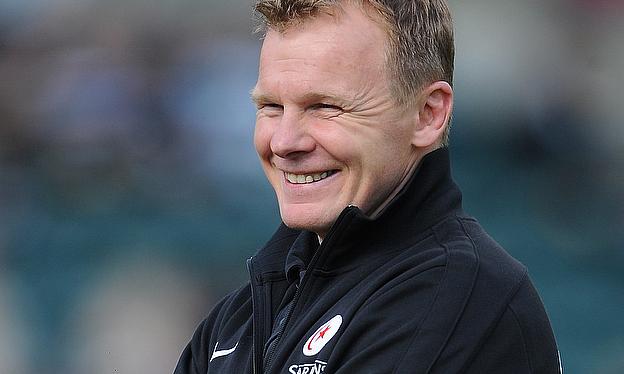 Mark McCall was thrilled with his side's display
©Press Association

Saracens boss Mark McCall hailed "a great performance" by his Aviva Premiership leaders after Gloucester were crushed 29-8 at Kingsholm.

"I think the first 30 minutes was as good as we've been in terms of our overall game," McCall said.

"Our set-piece was dominant, our kicking game and intensity were at a high level, and we combined that with some really good rugby as well.

"To be 19-0 up away from home against Gloucester takes a bit of doing. It was a great performance."

Saracens even kept Gloucester out when they had forwards Billy Vunipola and Steve Borthwick sin-binned in quick succession during the second half, and McCall added: "We showed that togetherness, we fought for everything and the fact we didn't concede during that time was outstanding.

"To back up the Leicester performance (before Christmas) with two away win away wins like we've done against Worcester and Gloucester tells you a lot about the culture and togetherness at the club.

"We are in a good place at the moment."

McCall also paid tribute to Saracens' England centre Brad Barritt, who shone on his first start since suffering an ankle injury in September and looks set for a Six Nations return next month.

"For Brad to produce that level of performance having had 30 minutes of rugby in five months is quite something. I thought he was outstanding," McCall said.

"He was brilliant. He passed the ball really well, too, and the combination with Marcelo Bosch in midfield was really good."

All Gloucester could muster in reply was a Billy Twelvetrees penalty and a late Matt Cox try, but their pack was painfully dismantled, with England internationals like Ben Morgan and Matt Kvesic experiencing an afternoon to forget.

The west country club might be 18 points clear of bottom club and red-hot relegation favourites Worcester, yet they barely look a top-10 team on this latest evidence.

"They (Saracens) have the type of game that brings tremendous pressure to the opposition, and if you are not on top of your game or accurate enough they will find you out.

"When they start to put the squeeze on you, they are very accurate in what they do. We knew what was coming, and we didn't deal with it. Physically, in the first-half, we were second best.

"I think they are the most difficult side that we have come up against. In what they do and the game they have, they do it very well.

"I felt we would be a lot more competitive going into this fixture on the back of our last two results (against Worcester and London Irish), and we are hugely disappointed.

"But we have to learn from the experience and we have to keep on learning.

"The first-half performance was not good enough, but I am not taking anything away from Saracens. They were the architects of that in many ways."