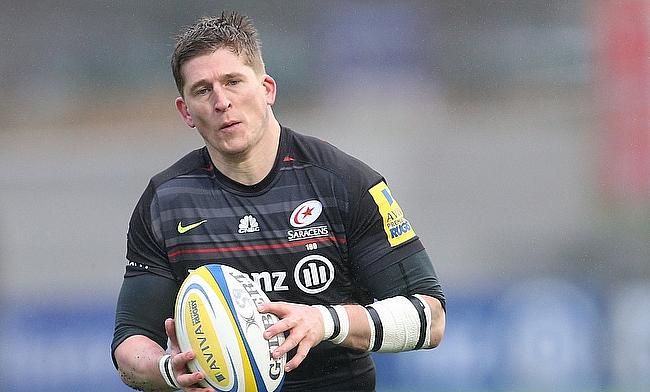 David Strettle is currently on a second stint with Saracens
©PA

Saracens winger David Strettle has confirmed that he will quit professional rugby at the end of the ongoing season.

The 35-year-old winger is currently on his second stint with the Allianz Park outfit after previously playing for them between 2010 and 2015. He has also represented Rotherham Titans, Harlequins and Clermont in the past making 325 appearances in a domestic career spanned over 17 years.

During his first stint with the Sarries, Strettle enjoyed two Premiership titles and also was part of the Top 14 winning Clermont side.

“I spoke to my wife and we decided now is the time to say goodbye to rugby. There are some more adventures for me elsewhere," he told the official website of the club.

“I’m lucky enough to be able to look back, be very proud and privileged to have done some of the things I’ve done.

“There was a time when I was at Clermont I thought I’d retire so everything from that point has been an unbelievable bonus for me and to come back to Saracens has been incredible.

“When I first joined the club there was a saying called ‘ELE’ – Everyone Loves Everyone – it’s very true. There are no prima-donnas, no one is treated better than the others.

“Saracens will always have a special place in my heart and I have some amazing memories to take forward. I’m looking forward to the last couple of months before creating further memories outside of rugby.”

The 6ft wing has played 14 Tests for England since his international debut in 2007 but his last appearance for the red rose team came during the summer series in 2013.