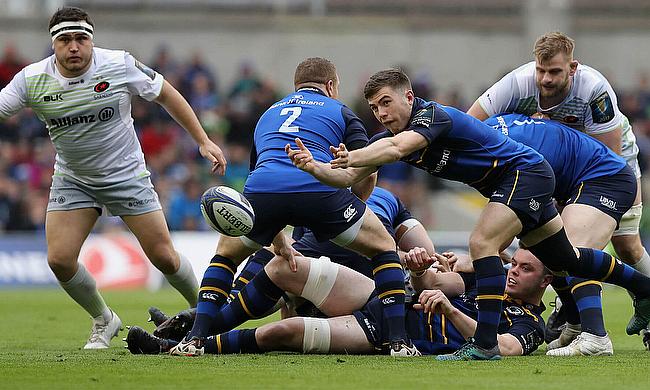 Leinster will be in contention to defend the Heineken Champions Cup title when they face Premiership side Saracens in the final at St James' Park in Newcastle on 11th May.

A title win this season will make the Irish side the first team in the history of the tournament to win five Champions Cup titles but Saracens will have a score to settle after their hope of hat-trick European titles was ended with a quarter-final defeat to Leinster in the previous season, odds can be found here at the new betting sites.

Leinster has been in prolific form this season as even in Pro14 they are at the top of Conference B table with 15 wins from 20 games that has already seen them seal a play-off spot but Cullen is wary of the threat Saracens possess.

“I think when a team loses in a competition when they’ve won it previously, it just drives greater desire usually,” said Cullen on Sunday. “That’s what my experience would be.

“Particularly when you’ve got a group of players that has generally stayed together over the course of a good number of seasons now, you can see that some of them are pretty ambitious.

“They’re going to be a real handful but what would you expect at this stage of the competition. They were seeded number one, so they’re in the final for a reason. They’ve probably been the most consistent team in the competition so far.”

Head to Head Record: Leinster have the upper hand after winning all the three games against Saracens previously. After 25-23 and 43-20 wins in 2010 and 2011, the Irish side defeated Saracens 30-19 in the quarter-final in 2018 at Aviva Stadium.

Leinster: After topping Pool 1 with five wins from six games, Leinster edged out Irish rivals Ulster 21-18 in the quarter-final before tries from James Lowe, Luke McGrath and Scott Fardy powered Cullen's side to 30-12 win over Toulouse in the semi-final to reach the final.

Saracens: Mark McCall's side are yet to lose a game in this season's of Champions Cup after winning all their six matches in Pool 3 before beating Glasgow Warriors 56-27 in the quarter-final. They further extended their domination in the semi-final against Munster with Billy Vunipola and Mike Rhodes touching down along with a 22-point contribution from Owen Farrell to seal a 32-16 win to keep their hope of a third title win alive.

“We’ve had some amazing memories in this competition, so to be in another final and for the final to be in England, in Newcastle, is hugely exciting. It means everything," said England and Saracens hooker Jamie George.

"We saw how they [Saracens] dominated Munster and we know how tough a side Munster are. So we'll be up against it but we'll prepare now for the biggest battle of our careers," Ireland international and Leinster captain Jonathan Sexton told Virgin Media.