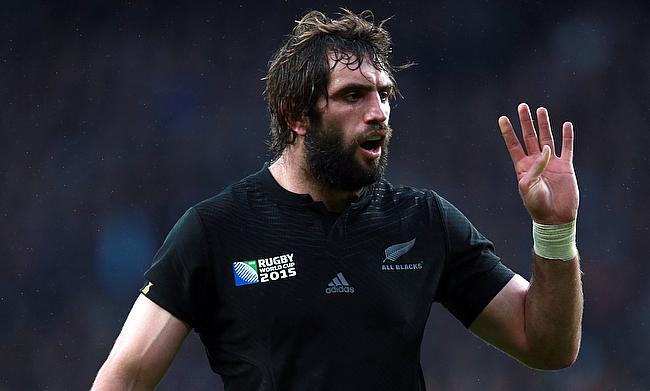 New Zealand have confirmed that Sam Whitelock will be captaining the side for the end of the year tour of United States and Europe.

Whitelock led the All Blacks in the Bledisloe Cup matches in Auckland but pulled out of the Queensland leg of the Rugby Championship as he was granted a paternity leave.

Meanwhile, regular skipper Sam Cane, who had joined the squad following a pectoral injury that he sustained while playing for his Super Rugby club Chiefs in March will be given time on his return to the game according to assistant coach John Plumtree.

"Ardie's been recognised for the great job he did in Australia, winning the Rugby Championship, his style of leadership was fantastic but it's also great to have Sam come in, his experience," said Plumtree.

"We think it's good for the team now that Sam takes over.

"Obviously we have got Sam Cane here now, but we feel that Sam just needs to focus on his game to get his game right.

"He has been out for a long time. The added burden of captaincy wouldn't go be good for his game right now.''

The All Blacks will be facing the USA on 23rd October before they head to Europe where they will lock horns with Wales, Italy, Ireland and France in November.

Whitelock, who has featured in 127 Tests for the All Blacks is eager to make an impact on his return.

"I just want to get out there and get into it. It's been a long time, with a couple of false starts for me to get back with the team, but that just makes it so much more special when you do get here," he told the official website of the All Blacks.