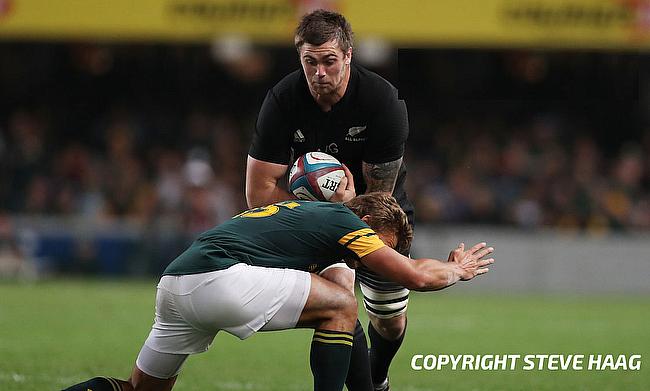 Squire started his professional rugby career with National Rugby Championship side Tasman in 2011 and went on to make his Super Rugby debut with Chiefs in 2014.

He made a switch to Highlanders in 2016 and after being part of the Dunedin based side until the 2019 season, he joined Japanese club NTT DoCoMo Red Hurricanes in 2020. He made a return to Highlanders ahead of the 2021 season and featured for them in 35 games.

The 30-year-old featured in 24 Tests for the All Blacks between 2016 and 2019 but now has decided to quit the game due to a recurring knee injury.

"This isn't the post I thought I would be doing so soon but as some of you are aware I have been battling with a knee injury which I've had surgery on," he wrote on his official Instagram account.

"After 6-7 months full rest to see if it will heal and speaking to my surgeon and [medical] team I have been advised for my best long term interest to retire from all rugby immediately. As disappointing and frustrating as this is, my long term wellbeing has to come first.

"I want to thank everyone that has supported me throughout the years especially the [Highlanders] and [Tasman] for the chance to wear their jerseys. These are two teams I hold close to my heart and I've always loved going to battle with them.

"Also, the chance to represent my country and wear the [All Blacks] jersey is something I will forever cherish."

Highlanders assistant coach Clarke Dermody paid tribute to Squire and his contribution to the club.

“Liam’s physical style of play made him a huge asset to any forward pack, and he was a real threat on attack and defence," he told.

"I know he worked very hard to get back to fitness last season but unfortunately it wasn’t meant to be. We wish him all the best for the next stage of his life.”