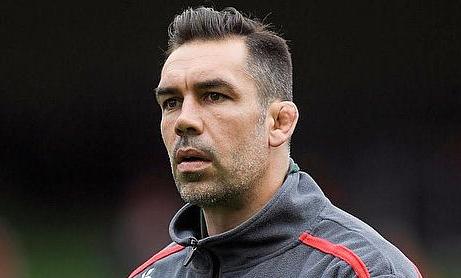 Sale Sharks have announced the signing of England Under 20 lock Alex Groves ahead on a long-term deal.

Born in South Africa, Groves will head to Ashton Gate after being part of Bristol Bears since January 2020. He went on to make his debut for the Warriors during the Premiership Rugby Cup game in November last year.

The 21-year-old was delighted in joining Sale Sharks and is looking to propel his career with them.

“I’m hugely excited to have signed. Honestly, it’s surreal to be training alongside greats of the game that I’ve grown up watching, admiring and learning from when I was at school," he told the club's official website.

“I am privileged to be part of such a great club.

"The first thing I noticed when I arrived is that this is a family, not just a rugby club. There is a spirit here that I have not experienced anywhere else and I’m really looking forward to working alongside Alex and all of the coaching staff.

"I’m looking forward to the opportunities that lie ahead of me here at Sale.”

“Alex has all the attributes to be a really top player and I can’t wait to see him in action. He’s still young but he’s already a powerful guy with all the skills you need from a modern-day lock.

“This club is committed to giving young players opportunities, so Alex knows that if he works hard and develops in the way we believe he can, he’s got a big future here.”

Sale Sharks are positioned ninth in the Gallagher Premiership table with seven wins from 15 games and will face Northampton Saints in the next round on 19th February.