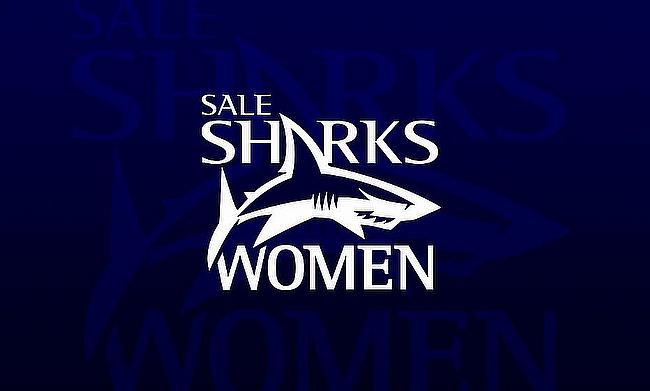 With the Red Roses back from international duty and all ten teams in action, there was a lot of excitement ahead of round six which would turn out to be a day to remember for Sale Sharks.

Wasps welcomed back a number England internationals for their trip to Sandy Park, and it only took six minutes for one of their returning Red Roses to get on the scoresheet when scrum half Claudia Macdonald latched onto an overthrown line-out and dot down.

Ten minutes later it was the Chiefs No. 9’s turn to score, as Spain international Patricia García took a quick tap and go and darted over for her second try in two matches. Both packs then exchanged close-range tries to take the score to 14-14 at the break. Meg Jones edged the visitors into the lead with a penalty shortly after the restart.

Thank you @ExeterChiefs for welcoming us to @SandyParkExeter in a tough contest and epic display of @Premier15s rugby!

See you next year down at Twyford Avenue! pic.twitter.com/z24ZRdJiDE

That was followed by a fine solo score from Red Roses speedster Ellie Kildunne on the hour-mark, who chipped in behind the Chiefs defence before collecting her kick and crossing for Wasps’ third try. Giselle Mather’s side saw out the remaining 10 minutes to secure a hard-fought win and edge back into the top four of the Allianz Premier 15s.

Saracens arrived at Shaftesbury Park looking to secure their sixth straight win of the campaign, and it took the visitors just five minutes to get on the scoresheet when former England Sevens flyer Sydney Gregson broke through the Bears defence to score under the posts.

Canadian international Sophie de Goede doubled the lead two minutes later, after good work from Red Roses flanker Marlie Packer, whose England teammate Poppy Cleall extended the lead on 14 minutes with a try from the back of a maul.

Bears loosehead Simi Pam then sprinted over from a line-out drive to make it 5-17 at the break. Saracens’ powerful maul hit their opponents again in the 42nd minute when Packer muscled her way over the line. But the hosts responded immediately, as Wales wing Jasmine Joyce finished off a flowing Bristol attack in the corner. Gregson and Cleall went on to score again in the second half for Saracens, who keep up their 100% record with a bonus-point win on the road.

Loughborough Lightning came into the match boosted by the return four England internationals, but it was Scotland’s Rachel Malcolm, wearing the captain’s armband, who scored first for the hosts.Olivia Jones followed that up with a well-worked try after some quick hands from the Lightning backline. A dominant scrum then forced a penalty try on 23 minutes, and their pack did further damage five minutes later when Red Roses hooker Lark Davies burrowed over from a rolling maul to bring up the bonus point before half time.

PLAYER OF THE MATCH | Congratulation to @rach_malcolm who is our @ComputacenterUK player of the match.

Ella Wyrwas darted round a ruck and into clear space to score Lightning’s fifth on 38 minutes, before her half back partner and rising England star Helena Rowland scored her first try for the club after a break from Scotland’s Rhona Lloyd. DMP Durham Sharks pointed to the sticks on 55 minutes when they won a penalty 20 metres out to get their first points on the board, but Bryony Field and Rachael Woosey followed that up with two tries in quick succession to bring up the half-century. Anya Richmond’s quick pick and go saw her crash over for Lightning’s ninth try of the afternoon and secure another win for the hosts, who continue to lead the chase on Saracens and Harlequins at the top of the table.

Gloucester-Hartpury and Harlequins went head to head in the day’s live-streamed clash at the Alpas Arena, and the action on the field didn’t disappoint. Quins edged a fiery first half, which saw Red Roses scrum half Leanne Riley sent to the sin bin, with Jade Konkel’s score the only difference between the two sides at the break.

The second half burst into life early on, when Lagi Tuima scored after snatching an intercept pass and sprinting 60 metres to the line, but Gloucester-Hartpury replied six minutes later when Shona Powell-Hughes powered over to score the hosts’ first points. Gerard Mullen’s side responded with two devastating rolling mauls, as Shaunagh Brown and Amy Cokayne got on the scoresheet to secure the bonus-point and keep Quins at the top of the Allianz Premier 15s table after six rounds.

It was a day to remember for Sale Sharks, who bounced back from last weekend’s narrow defeat away to Gloucester-Hartpury to secure a historic first-ever win in the Allianz Premier 15s. Sharks fly half Katy Daley-Mclean’s brilliant cross-field kick saw Alex Wallace break the deadlock and take a 5-0 lead into the break. The Red Roses star went on to hit two penalties in the second half, and the hosts closed out the game with an 11-point advantage. The final whistle sparked emotional scenes at the Corpacq Stadium, as Head Coach Darren Lamon reflected on a milestone day for the club: “I’m ecstatic for the girls. We’ve had a tough start, learnt some good lessons…and today it clicked. I’m absolutely buzzing for the team, they thoroughly deserve it, as do the club and the staff who have worked beyond hard for this to happen.