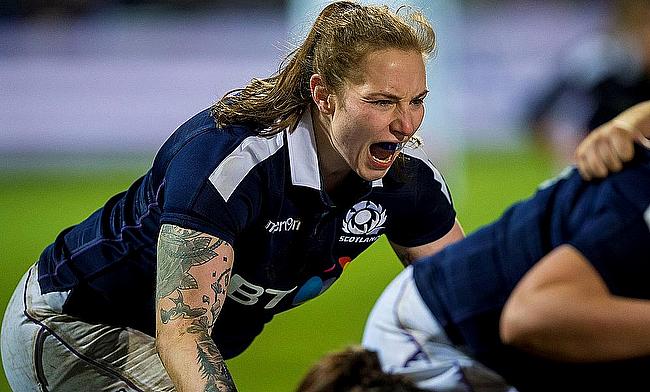 With all ten teams in action and a number of new-look line-ups due to England call-ups, here's a look back at what happened in round five of the Allianz Premier 15s.

DMP Durham Sharks 6-31 Exeter Chiefs
Exeter Chiefs made it two wins in a row with a bonus point victory at the Northern Echo Arena. Laura Delgado pounced on a DMP Sharks handling error to score after 11 minutes, and that was followed shortly after by a Garnet Mackinder brace. Kate Zackary then muscled her way over the line from short range to secure the bonus point before half time.

Patricia Garcia darted through for the Chiefs’ fifth try after 49 minutes, but DMP Durham Sharks will be encouraged by their second half performance, as they shored up their defence and kept the visitors at bay for the remainder of the match.

Bianca Blackburn scored Gloucester-Hartpury’s second on the half hour mark, and the visitors took a 13-point lead into the break. Daisy Fahey crossed early in the second half after more good work from Jones, and Sarah Bonar struck on 53 minutes to secure the bonus point for Gloucester-Hartpury.

Worcester Warriors 8-20 Loughborough Lightning
Both sides came into the match looking to bounce back from defeats in round four, and it was the visitors who edged a closely fought contest at Sixways. It took 26 minutes for either side to break the deadlock when Lightning’s Helen Nelson converted a penalty.

Abbie Brown then extended the lead with a try after some quick handling from Scotland internationals Rachel Malcolm and Rhona Lloyd, and Lloyd would go on to score again 60 seconds later after a break from Olivia Jones. Emma Hardy scored Lightning’s third under the posts, but Warriors had the last say when scrum half Caity Mattinson crossed after a quick tap penalty.

Saracens 33-27 Wasps
Saracens came out of the blocks blazing in the day’s live streamed Allianz Premier 15s fixture, with two well-worked tries in the opening five minutes from back row duo Kat and Georgia Evans. Deborah Fleming dotted down in the corner shortly after, and Red Roses legend Rocky Clark brought up the bonus point with 25 minutes on the clock. Chantelle Miell then extended the lead and Saracens led 33-3 at the break.

?? Can't say we were all as calm as @georgiaemilyyyx but here's what she made of a tense and thrilling victory. #StrongerTogether ???? pic.twitter.com/CzuyZsoeik

But it proved to be a game of two halves. Wasps flanker Claire Molloy powered over three minutes into the second half to score Wasps’ first. Then, with 63 minutes on the clock, Rowena Burnfield charged down a Lisa Martin clearance to score and crossed again three minutes later from close range. Sammy Graham scored Wasps’ fourth with two minutes to go to set up a grandstand finale, but Saracens held out for a bonus point win to maintain their perfect start to the season.

Harlequins 31-0 Sale Sharks
In the last game of the day, Harlequins put in an impressive performance with a big win and a clean sheet against Sale Sharks.

Lucy Packer flew under the posts to open the scoring after a break from Lagi Tuima, and Jade Konkel clawed her way over the line after 26 minutes for Quins’ second. Tuima was at the heart of Quins’ third try after a delightful pop pass found Chloe Rollie, who stepped around her marker to score. Rollie scored again 12 minutes later with a brilliant solo run out wide, breaking through three tackles and sealing the bonus point for Harlequins, who maintain top spot in the Allianz Premier 15s table after five rounds.