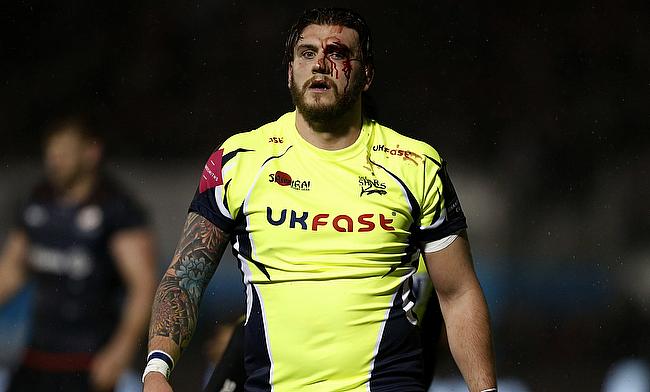 Sale Sharks came up with a seven-try performance at Salford on Friday as they trounced Cardiff Blues 41-3 in the Anglo-Welsh clash to reach the top of the table.

Rugby league convert Denny Solomona was quick to get his team off the mark with a try in the ninth minute allowing fly-half Aj MacGinty to add the extras.

The lead soon swelled to 14-0 after lock Jonathan Mills crossed over in the 22nd minute and the fly-half got his second conversion right.

Even though, Jarrod Evans gave some respite for the visitors with a penalty in the 28th minute, number eight Laurence Pearce's try in the 36th minute allowed Sale Sharks to secure a 19-3 lead at half-time.

Pearce continued his good form in the second half as well when he strolled across the post for the second time in the game in the 49th minute.

Things went from bad to worse for Cardiff Blues as lock Seb Davies and flanker Morgan Sieniawski were sin-binned in successive minutes, reducing them to 13-men temporarily by the 54th minute.

Hooker Neil Briggs capitalised on the advantage and scored the fifth try for Sale Sharks following which a 68th minute cross over from replacement James Flynn and a penalty try awarded in the 79th minute completed a 41-3 victory for the home side.

Cardiff Blues languish at the bottom of Pool 3 after losing all their three games while Sale Sharks now lead Pool 2.