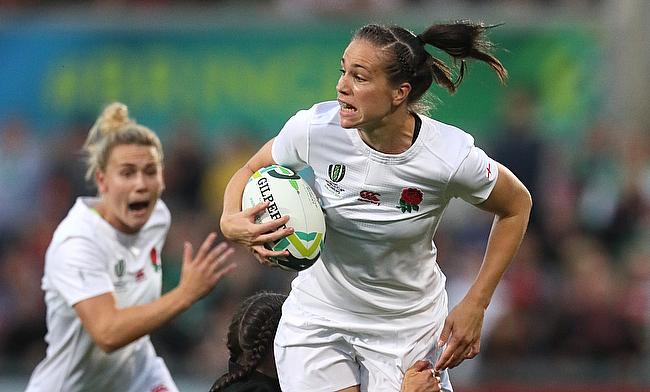 England will face Fiji in their opening game
©PA

CBD at the Rugby World Cup in Japan
World Cup 2021 Squad Selector: Which Red Roses are in the frame?

World Rugby has unveiled the fixtures for the 2021 Rugby World Cup that will be hosted in New Zealand.

The opening fixture has been scheduled on 18th September which will see England taking on Fiji, who will make their World Cup debut with Australia and New Zealand also locking horns with each other in Auckland.

South Africa and France will also be in action on the opening day with Wales scheduled to take on the winner of qualifiers while Canada await their opponent with Asia 1. USA will also be facing the Europe1 team in an action packed opening day.

Eden Park and Waitakere Stadium in Auckland and Northland Events Centre in Whangarei have been chosen as the venues for the games that will be played between 18th September and 16th October.

The league matches will be played on 18th, 23rd and 28th September with the quarter-final scheduled on 3rd October with Waitakere Stadium and Northland Events Centre hosting the four games.

The Eden Park will host the semi-finals and finals on 9th and 16th October respectively.

World Rugby Chairman Sir Bill Beaumont highlighted the steep rise in the Women's competition and is confident that the World Cup will elevate the interest further.

“With less than eight months to go until Rugby World Cup 2021 kicks off in New Zealand, anticipation and excitement is really starting to build for fans and players worldwide.

"There is a very real, unstoppable momentum building behind the rise of women in rugby now and 2021 will be a year like no other, providing a unique opportunity to continue to accelerate the growth and profile of the sport, as women’s rugby rightly is set to own centre stage this year.”

England coach Simon Middleton reckons the World Cup will be a perfect opportunity to bounce back after a tough year due to the pandemic coronavirus.

"We all know there's an even bigger picture outside of rugby and sport at the moment but the World Cup is a huge opportunity for not only the worldwide rugby community, but everyone to come together and celebrate a great event at a time when the world is struggling.

"The tournament will give so many people much to look forward to and the chance of getting behind the World Cup will hopefully raise morale."