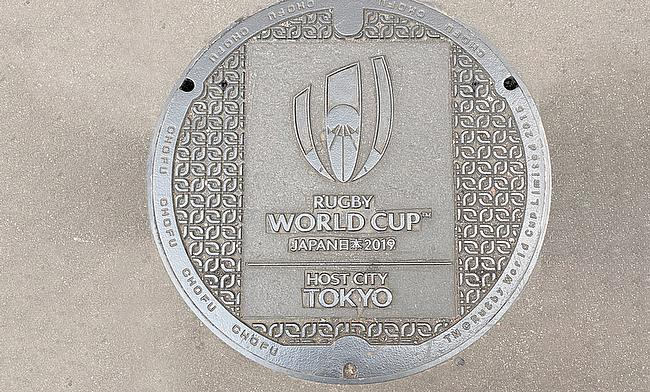 Back in the pre-pandemic days, we were treated to global sporting events attended by tens of thousands of people.

The 2019 Rugby World Cup turned out to be one of the last of these great sporting occasions. It happened in Japan from 20 September to 2 November.

England became the big favourites in many peoples’ eyes after a brilliant semi-final performance against New Zealand. This came after the destruction of Australia in the quarter-final.  Meanwhile, South Africa scraped past Wales in the semis. However, the Springboks demolished England in the final by a score of 32-12. It was South Africa’s third world title.

The link between CBD and rugby strengthened during this tournament. As products like vegan CBD gummies became more popular, rugby players started looking into the possibility of using the cannabinoid. This particular door opened after WADA removed CBD from its list of controlled substances.

CBD in Rugby Was Big in Japan

Before players even considered using CBD in the Rugby World Cup, they had to ensure they obeyed Japanese law. As it happened, the country legalized CBD in 2016 as long as it contains 0% THC. In the United States, this limit is 0.3%. In the UK and other European countries, it is 0.2% THC. Therefore, players from other nations had to ensure they didn’t bring illegal products over.

When WADA removed CBD from its list of controlled substances in 2018, it paved the way for the market’s expansion. It allows countless athletes to try the cannabinoid. CBD in rugby is now legal, and it doesn’t cause an intoxicating high.

In 2019, George Kruis, who plays in the lock position for England, spoke about his excitement of CBD and rugby coming together. His position on the subject was probably influenced by the fact he runs a CBD oil business! According to Kruis, at least four or five players at every English Premiership Rugby club used cannabidiol. He said that Team GB Olympians and Premier League footballers also consumed it.

Rugby Union is an incredibly demanding sport, and the World Cup is especially draining. The finalists played seven games in approximately six weeks. Players are expected to retain high levels of performance regardless of the difficulties involved. Kruis uses muscle balms and a spray and admitted using it during the World Cup.

Why Do Rugby Players Use CBD?

The link between CBD and rugby isn’t surprising. It is a tough sport, and players will take any help they can get. Proponents of cannabidiol suggest that it has painkilling and anti-inflammatory properties.

Did you know that enhanced levels of anandamide, nicknamed the ‘bliss’ molecule, are responsible for the natural high you feel after exercise? CBD seems to block the enzyme that breaks anandamide down.

A study published in Translational Psychiatry in 2011 looked at this phenomenon. The researchers found that CBD enhances anandamide signalling. It also alleviated the psychotic symptoms of schizophrenia during the clinical trial in question.

Research into CBD is ongoing but is revealing a lot of promising things. Various studies show that it is potentially anti-inflammatory and analgesic. It could also boost appetite and help regulate sleep.  CBD comes in a wide variety of forms ranging from gummies and capsules to topical creams and balms. Or it can be used in a vape with the right temperature when vaporizing. It is also being incorporated into pet products, skin care products and cosmetics, and an array of food and beverages.

These days, CBD in rugby is used to alleviate pain after games and help with the recovery process. For example, rest and sleep are essential requirements for athletes. Consequently, the use of cannabidiol amongst individuals seeking better recovery from training and matches is growing.

Sam Tomkins plays the ‘other’ rugby code, and the rugby league star admits using CBD as part of his training and recovery programme.

Some professional athletes say they use it to help reduce Delayed Onset Muscular Soreness (DOMS). Perhaps more importantly, CBD in rugby could help reduce reliance on opioid painkillers. Though the use of opioids outside the United States is relatively low, the rate is much higher amongst rugby players.

In recent times, professional players have openly admitted using enormous amounts of potent painkillers. Some say they were ‘high’ during games; such was the volume of prescription drugs they used. The high level of addiction associated with opioids makes them extremely dangerous.

Will CBD and Rugby Become a Permanent Partnership?

The answer is ‘yes’ if the likes of Kruis have anything to do with it. Despite rules changes, there is no way to make rugby a ‘safe’ sport. It remains an intensely physical game. Those who play at the highest level must go through immense physical and mental strain during a season.

The advent of CBD in rugby should help improve many players' lives rather than merely aiding them during their careers. Instead of becoming addicted to opioids, rugby stars can try CBD instead. Now that the cannabinoid is no longer a banned substance, according to WADA, athletes in certain sports can use it with no concerns about punishment.