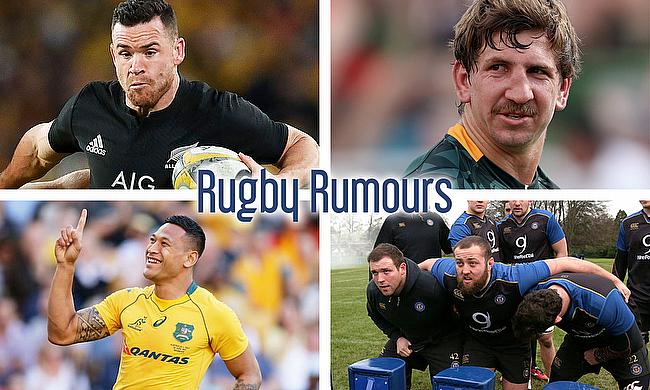 According to various sources it is believed that Ryan Crotty and the New Zealand Rugby Federation will soon be announcing his departure from NZ.

The 43 times capped All Black looks to be following his fellow compatriot, Kieran Read, to Japan with the Kubota Spears or Toyota Verblitz.

We've had reports from a reliable source that South African sevens centurian, now 15s convert, Kwagga Smith has been picked up by an English club.

He has one solitary cap in XVs for the Springboks (in a more than healthy international back-row), which hasn't gone unnoticed by Premiership side Harlequins.

Bath Rugby look to be nearing a huge shake up with their front row, and props imparticular with a mass exodus, countered with a couple of hefty arrivals.

Some of the targets on the incoming list include Christian Judge, Lewis Boyce, Will Stuart... so this leaves us the question 'who will be on the way out!?'

From Esportif... expecting to see a few more Top 14 in there.