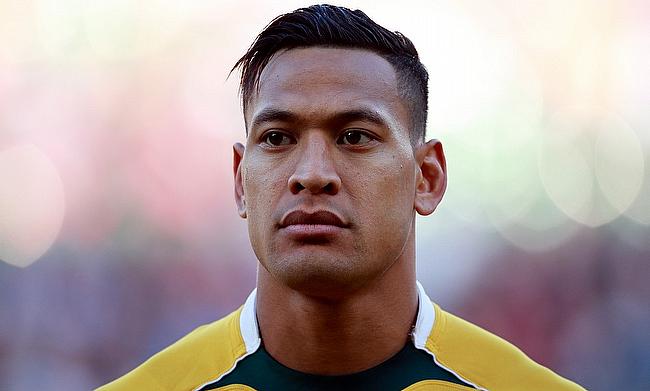 Folau made a second anti-gay post on his social media account in two years, this time in response to Tasmania's decision to become Australia's first state to make it legally optional to list gender on birth certificates to which he posted "Warning. Drunks, homosexuals, adulterers, liars, fornicators, thieves, atheists, idolators. Hell awaits you. Repent! Only Jesus saves".

The controversial post trigged reactions from all quarters and after a three-day hearing by an independent disciplinary panel comprising of John West QC, Kate Eastman and John Boultbee, the 30-year-old was found to be guilty of high-level Code of Conduct breach.

"This outcome is a painful situation for the game," said Rugby Australia CEO Raelene Castle.

"Rugby Australia did not choose to be in the situation, but Rugby Australia's position remains that Israel, through his actions, left us with no choice but to pursue the course of action resulting in today's outcome.

"This issue has created an unwanted distraction in an important year for the sport and for the Wallabies team.

"But our clear message for all rugby fans is that we need to stand by our values and the qualities of inclusion, passion, integrity, discipline, respect and teamwork."

"While NSWRU is disappointed to lose a player of Israel's calibre, rugby has a code of conduct and values that we must adhere to ensure that our game remains a game for all, no matter people's background or beliefs."

Folau was deeply saddened by the decision of the Rugby Australia and New South Wales Rugby Union and said he had high values for his regional beliefs and sentiments.

“It has been a privilege and an honour to represent Australia and my home state of New South Wales, playing the game I love,” Folau said via a statement.

“I am deeply saddened by today’s decision to terminate my employment and I am considering my options.

“Upholding my religious beliefs should not prevent my ability to work or play for my club and country.

“I would like to thank my wife Maria for her love and encouragement to stay true to our beliefs. We have been humbled by the support we have received from family, friends, players, fans and the wider community.

“Thank you also to those who have spoken out in my defence, some of whom do not share my beliefs but have defended my right to express them.”