Bath hammer Sharks by 30-3 in front of record crowd 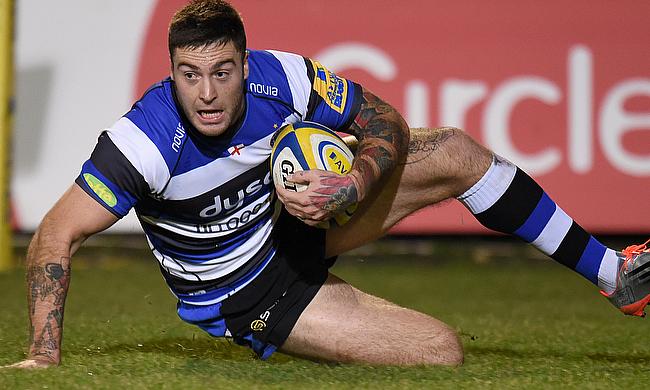 Matt Banahan went in for one of Bath's tries
©PA

Bath ran three tries against the Sharks in front of record crowd at The Recreation Ground in Somerset to secure a 30-3 victory during the 2016-17 English Premiership clash on Friday.

George Ford was on-point with his kicking game as the fly-half successfully converted all three tries in addition to scoring as many penalties.

In response, Bath scored just one penalty on the 15th minute as wing Will Addison managed to save humiliation of drawing a blank for the visitors.

The win has now positioned Bath second in the points table after having accumulated 22 points from six matches which includes five wins.

The Sharks are placed fifth at the moment with 13 points from six matches after grabbing just a couple of victories.

Todd Blackadder men will now travel to Sandy Park to face the Chiefs next week, while the will travel to Ashton Gate to face Bristol, hoping to secure their third win of the season.

Meanwhile, Blackadder revealed that England international Anthony Watson is likely to be out of action for some weeks. Though he did not confirm that Watson might miss England's autumn internationals.

The Bath wing sustained a broken jaw during the recently concluded training camp under Eddie Jones in Brighton.

"Anthony has had surgery on his jaw and is likely to be out for quite a while," he said.

"It's a serious one because he's eating through a straw. I'm so disappointed for him."

“Let’s not see it as pressure, let’s see it as an opportunity”: Bath and Bristol prepare for play-off weekend