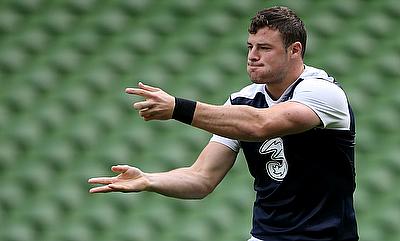 Fit-again centre Henshaw claimed one of Connacht's eight tries as Pat Lam's side made the last-eight courtesy of their bonus-point victory - but also thanks to Newcastle Falcons' 27-23 win over Brive.

Battering-ram midfielder Henshaw had not featured since suffering a broken hand in November, but his timely return will boost Ireland boss Joe Schmidt's Six Nations resources.

Simon Hammersley's late second try secured Newcastle's slender win over Brive, but was not enough to send the Falcons into the knock-out stages.

Instead Dean Richards' side stopped Brive progressing, in a stubborn performance at Kingston Park.

Hammersley's two tries bookended a gritty Newcastle showing, his second score securing the spoils but his third-minute opener helping the Falcons onto the front foot from the off.

Tries from Alex Tait and Micky Young had Newcastle 23-3 to the good at the break, Craig Willis slotting a penalty and two conversions.

Thomas Laranjeira's penalty proved Brive's only score of the half, but the Frenchmen hurtled back into the contest after the break.

Nicolas Bezy and Poutasi Luafutu both crossed for Brive in the second half, with Laranjeira converting both and adding two penalties.

Brive's resistance forced Newcastle to raise the level again, only for Hammersley to provide the match-winning riposte.

Meanwhile, Gloucester extended their record string of Challenge Cup victories to 15 by edging out Zebre 14-11 in Italy.

The Cherry and Whites had already sewn up safe quarter-final passage ahead of the Pool Four clash, but the reigning champions held out for another win.

Mark Atkinson could have been forgiven for expecting his second-half try to open the floodgates, but Gloucester needed fit-again Italy playmaker Kelly Haimona to miss a late penalty shot that would have secured a draw.

Haimona also failed with a conversion shot after Dries van Schalkwyk's late score had dragged Zebre back into the contest.

In the end two second-half penalties from Billy Burns proved sufficient for Gloucester to complete a perfect pool-stage return.

Edoardo Padovani's two penalties had Zebre leading 6-3 at the break, Burns posting one goal in reply.