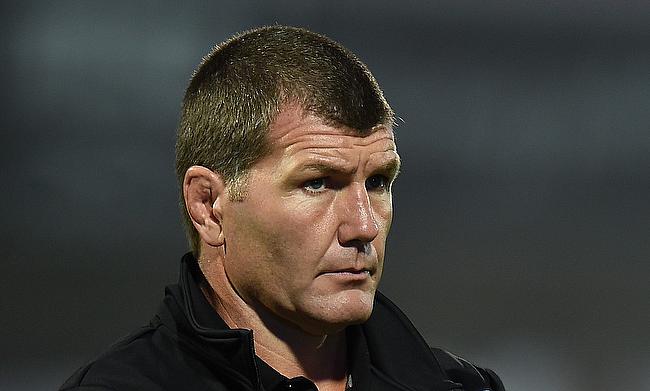 Exeter Chiefs director of rugby Rob Baxter wants the club to complete a double this season as they are set to play the Gallagher Premiership final this weekend.

Having recently clinched the Heineken Champions Cup for the first time, Exeter are set to face Wasps in the Premiership final at Twickenham Stadium. However, with Wasps struggling with the Covid-19 in the outbreak, Bristol could be replacing them for the Saturday encounter.

Exeter's consistency in the last five seasons has been a real turnaround as they reached the final four times and clinched the trophy once in the 2016/17 season and even in the ongoing season they became the first team to secure a semi-final berth after topping the league table and proved their dominance with a 35-6 win over Bath Rugby in the play-off.

“It would be just reward, I feel, for this group of players, for what they have committed to over the last five years, if we can do the double,” said Baxter.

“I am hoping that will be enough of a driver for us.

“I think we can play better than we did (against Racing), and we will need to, actually.

“I think Wasps are ready to go, and I think it is going to be a tough game for us, another game when I will be chewing my microphone and cursing and wondering what we are doing, but that’s what finals are like.

“When we had to, we saw it through. We’ve done it at the first attempt, and it is great for this group of players.

“It vindicates what they’ve achieved together over the last four or five years.

“They’ve had a lot of heartache in that time, really, and they have never backed away or not kept fighting for wanting something more. They have taken a huge step forward.”

If Exeter manage to win the final game on Saturday, they will become the fourth Premiership team to achieve the double after Leicester Tigers, Wasps and Saracens.