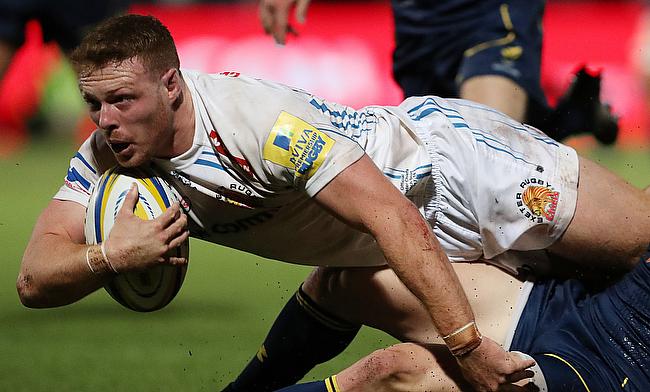 Exeter Chiefs duo Sam Simmonds and Jonny Hill are set to be on the sidelines for a lengthy period following the injuries they sustained during the recently concluded Gallagher Premiership encounter against Worcester Warriors last weekend.

Simmonds, who has already scored five tries this season suffered a knee injury and was replaced at the end of the first half while Hill has a ligament injury in the game which Rob Baxter's men went on to win 28-11 to maintain their winning streak.

The duo now are certain to miss Exeter Chiefs' upcoming Gallagher Premiership clash against Bath on 5th October and the opening two games in their European Champions Cup campaign.

Exeter director of rugby Baxter said both the players will be assessed in due course of time to analyse the extent of the damage.

"It's a little bit early to say how bad they are at the moment," Baxter told BBC Sport.

"Hopefully [they will be] back before the end of the season, but I can't really say at this stage.

"You've just got to deal with these things, they happen, and use it to get the guys fit in every other area.

"Both Sam and Jonny can develop other areas of their physique and elements they want to keep working on in their programmes anyway, so we've just got to get them back fit as soon as we can and move on.

"They're both good players and both have a significant part to play in the rest of the season. It's a long old season and it'll be amazing how quick they'll be back in the Exeter shirt."

Exeter Chiefs are positioned second in the ongoing Gallagher Premiership after winning all their five games until now.